Deborah Engel will be the new Maplewood Township Committee member.

She was endorsed by the Maplewood Democratic Committee and defeated Kurt Kiley in the June primary. One seat was left open when incumbent Frank McGehee decided not to not seek reelection this year.

Engel previously ran for South Orange-Maplewood Board of Education in 2020, narrowly missing election. 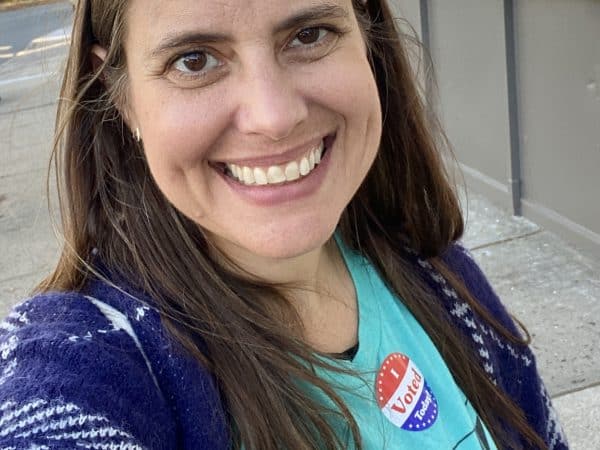 “After spending the past few months going door to door and talking with numerous residents, I have realized just how many members of our community, from young families to small business owners to seniors, want to be heard. I have enjoyed our discussions and hearing your ideas and concerns, and I will continue to listen as I take my seat on the Maplewood Township Committee. Thank you to the voters of Maplewood for putting your trust in me. I am excited and proud to be your voice in local government,” Engel said.

“Thank you also to my supportive family, my amazing campaign team and everyone who has talked, walked, or put up a sign for me. This was a team effort, and I am truly humbled by the faith the voters of Maplewood have placed in me,” Engel added.

“As a local entrepreneur with considerable community engagement and volunteerism already, I’m excited about Deb bringing new energy and ideas to the Township Committee. I’m looking forward to working with her, and she’s fast becoming a good friend,” said Maplewood Mayor Dean Dafis.

Deputy Mayor Vic DeLuca, who served as Engel’s campaign treasurer, said: “I’m thrilled about Deborah joining the Township Committee. As a mom of young children and a successful business owner, Deb will bring a critical perspective to our decision making. Welcome, Committeewoman Engel!”

Engel’s priorities include making mental health care more accessible and affordable, expanding swim lessons and access to the community pool, creating more and affordable childcare and camp options, and improving township communications, especially during emergencies. She also has spoken about the need to prioritize traffic calming and lighting for pedestrian safety, improve stormwater management and focus on smart economic development to bring new revenue in and help offset taxes. Engel plans to focus on the Maplewood Master Plan that is currently underway, with an eye on the need for affordable housing, critical infrastructure, and recreational spaces.

Engel has lived with her family in Maplewood for 13 years. Her three daughters attend local elementary and middle schools. Engel can often be found working the counter at the General Store Cooperative on Springfield Avenue, which she co-founded. Engel is the former owner of Work & Play in South Orange and former chair of South Orange Downtown.