New Jersey is set to receive the first batch of 130,000 COVID-19 vaccines within the next four weeks — assuming it receives emergency approval as expected. But state officials want to ensure their plans for a massive statewide distribution won’t be derailed by President Donald Trump’s refusal to concede the election.

Gov. Phil Murphy said Monday he and state Health Commissioner Judy Persichilli sent a letter to the head of the federal General Services Administration, urging her to declare president-elect Joe Biden the winner and initiate the formal transition process. It is imperative, Murphy said at a news briefing Monday, that Biden’s team, which will take office Jan. 20, have access to public health information “vital to our national response. The time for politics has passed. The time for coming together to save lives is now.”

The federal General Services Administration announced Monday night that it would designate Biden the apparent winner and formally begin the transition process.

Murphy said a smooth transition to the Biden administration is especially critical when it comes to the coronavirus vaccine, the first of which could be approved soon. New Jersey aims to immunize at least 4.7 million residents within six months, and anticipates receiving more than 1 million doses a month by the end of January.

Some COVID-19 vaccines require super-cold storage, which creates additional shipping challenges, and all require multiple doses, spaced either two or three weeks apart. Public health officials are currently focused on three main candidates — Pfizer applied for emergency-use authorization last week, and Moderna and AstraZeneca are expected to seek approval soon — and other vaccines are being developed.

“This will be an enormous logistical undertaking, and any break or disruption in the supply chain will be paid for in lives. Make no mistake,” Murphy said Monday. “And unless the transition is allowed to get going immediately, those breaks and disruptions — and lost lives — will be unforced errors by the current administration. And let there also be no mistake of that.”

Murphy said the arrival of a COVID-19 vaccine could not come soon enough, given the rising numbers of new cases in recent weeks, which now reflect the rates recorded during the initial surge of the pandemic last spring. In all, nearly 310,000 cases have been diagnosed in New Jersey since March, resulting in at least 16,700 likely fatalities, according to state data. Close to 2,700 people are hospitalized with the disease, an increase of 30% over last week alone.

Persichilli said that despite the rising risk of COVID-19 infection, polls show that members of the public — including some health care providers — remain skeptical about the vaccine. That includes roughly four out of 10 New Jerseyans, according to a recent Rutgers University survey. The Department of Health is building a public awareness campaign to raise understanding about the scientific process involved in developing the vaccine and boost confidence in the product, she said.

“It is vital that our health care personnel get vaccinated, not only for their own protection, but also to set an example for the rest of us,” Persichilli said Monday. “Eventually, once the general public is vaccinated, we will be able to build herd immunity in our communities. That is our hope. In the meantime, we have to take this pandemic seriously,” she said, reminding people to wear masks, keep their distance, wash their hands and take other precautions.

Regardless of the federal approval, Murphy has insisted New Jersey will not release the vaccine until state officials first “kick the tires” themselves. When asked Monday, Persichilli said this process would involve a state-level task force review of advisory group reports submitted to the federal Food and Drug Administration as part of the national vaccine-review process. The task force will then advise Murphy whether or not to proceed with distribution, she said.

Under the draft COVID-19 vaccine plan New Jersey submitted to federal officials earlier this fall, health care workers at risk for direct or indirect exposure to the virus would be considered a priority. Initially, the plan estimated this group to include 500,000 people, but Persichilli now suggests it includes some 650,000 individuals — both paid and unpaid — working in hospitals and other clinical facilities, community clinics, individual practices or as home care providers.

Assuming the Pfizer vaccine is approved, Persichilli said the state expects to receive enough doses to immunize 130,000 individuals in mid-to-late December. Another 130,000 doses will follow soon after. If approved as expected, Moderna is expected to begin similar staggered shipments not long afterward. Between the two companies, New Jersey anticipates having enough doses to protect 460,000 individuals in this high-risk group by mid-January.

Persichilli said the DOH’s vaccine advisory committee has created a prioritization framework, based on principles like equity, justice and transparency, as well as vulnerability, to help guide which members of this high-risk group are considered the first priority. The guidelines are now being reviewed by the governor’s office, Persichilli said, and the state plans to release them in advance of the first vaccine shipments.

By late January, when multiple vaccines are likely to have been approved, Persichilli said the state expects to receive some 1.1 million doses monthly. After those in the initial high-risk group are vaccinated, the state’s plan calls for immunizations to focus on other essential or frontline workers, nursing home residents and seniors living at home, estimated to be 1.5 million people in total.

Eventually, all New Jerseyans will be able to access immunization, which the state plans to make available through an extensive network of public and private health care facilities.

“We are ready to move forward the moment these vaccines get to us, with health care workers being at the front of the line to receive a vaccination, and Judy is already working with our hospital leaders to prepare for this,” Murphy said, underscoring the need for greater collaboration with the incoming Biden administration. “We need this entire process to be methodical and deliberative.” 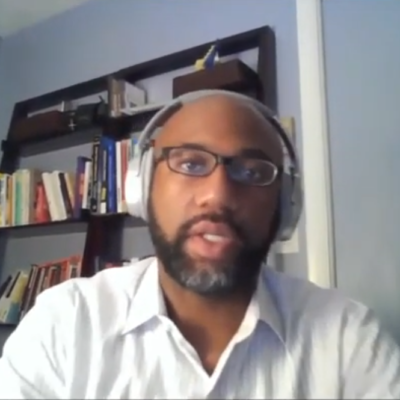