Anthony Robert Wonski, 71, of Essex Fells, formerly of South Orange, Teaneck and Hackensack, passed away at St. Barnabas Hospital on December 4, 2021. He was surrounded by his loving family. Visitation will be held at Preston Funeral Home, 153 South Orange Avenue, South Orange on Thursday, December 9th from 3:00 – 8:00 PM. Relatives and friends are also invited to attend the Funeral Mass at Our Lady Of Sorrows Church, 217 Prospect Street, South Orange on Friday, Dec 10th at 10:00 AM. Interment to follow at George Washington Memorial Park in Paramus. In lieu of flowers, the family requests donations to either of Anthony’s two favorite charities: St. Jude’s Children’s Research Hospital or the Adopt a Boxer (Dog) Rescue. For more information, or to send condolences, please visit prestonfuneralhome.net. 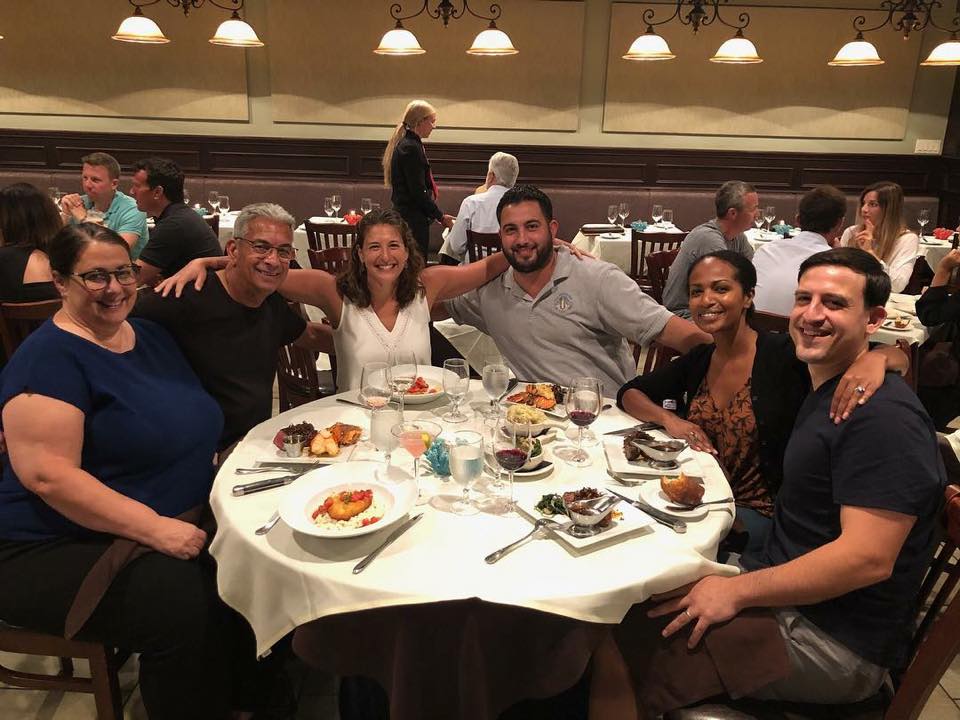 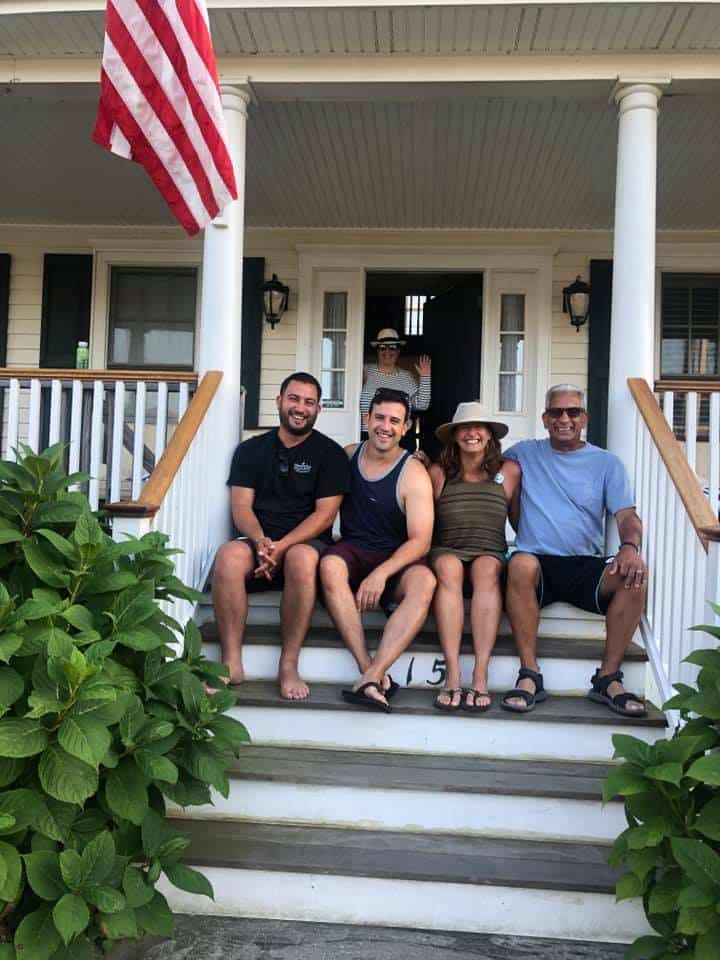 Wonski and his children Matt, Philip and Leah in Belmar, NJ. 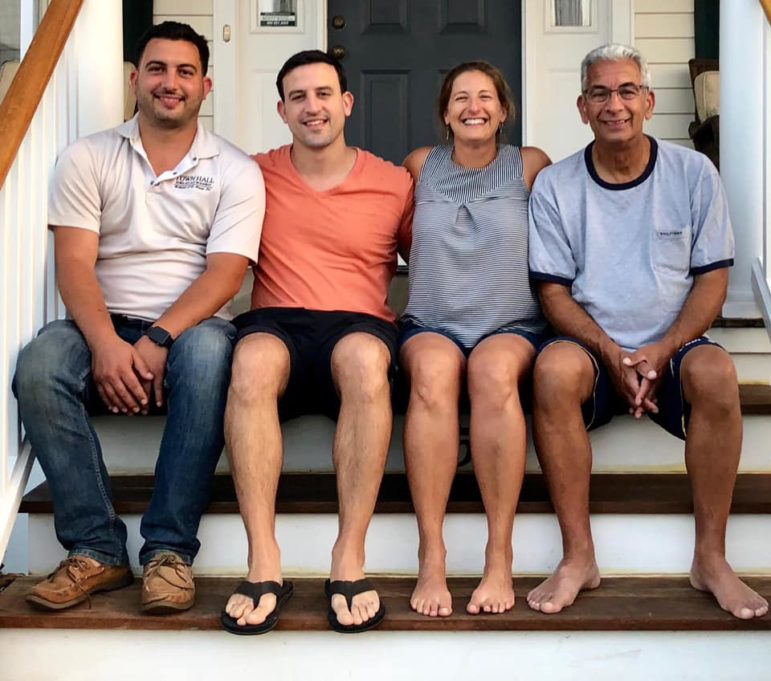 Anthony was born and raised in Bergen County, where he lived in both Hackensack and Teaneck. Before moving to Essex Fells late last year, he resided in South Orange for 30 years. He proudly enlisted and served honorably during the Vietnam War in the U.S. Army in the 101st Airborne Division from 1969-71, where he received two Bronze Service Stars, a National Defense Service Medal, an Air Medal, and an Army Commendation Medal.

When he returned home, Anthony began his 30 year retail career at Edison Brothers, in the Chandlers Division. From time to time, he fondly recalled memories of various celebrities he met while managing the Flagship 5th Avenue Location, including people like Cher, Sonny Liston, and Lou Alcindor (Kareem Abdul Jabaar). Tony worked for several other national retailers, including Federated Stores at the Abraham & Straus (Macy’s East) Division and CompUSA. He then pursued his lifelong dream to own his own business, purchasing the historic Town Hall Deli in 2003. Tony modernized the iconic business, maintaining the original traditions established in 1927, while broadening the offerings to include many of today’s most popular items on the menu that have become new favorites. To leverage word of mouth, he appeared on TV with Al Roker on Roker on The Road, on the radio with Joan Hamburg, and with Lauren Glassberg on Eyewitness News, New York. Tony was featured in other prominent media outlets, including The New York Times.

As he sought to improve the Deli experience for customers by adding parking, he accidentally began his third career – real estate development. He independently developed several commercial and residential properties in and around South Orange. Tony restored 18 South Orange Avenue to its original grandeur and independently rehabbed buildings at 60 Valley Street and 309 Irvington Avenue, contributing to the continued growth of the Village. Tony had vision that no one else did; he purchased and redeveloped the property at 60 Valley Street into the beautiful brick building it is today, recovering it from the dilapidated eyesore that it was previously. In 2015, he opened Morgan’s Liquors, later selling it to the new owners in 2017. Most recently, Tony partnered with his son Matthew to start a food service business to provide dining services at Seton Hall Prep. 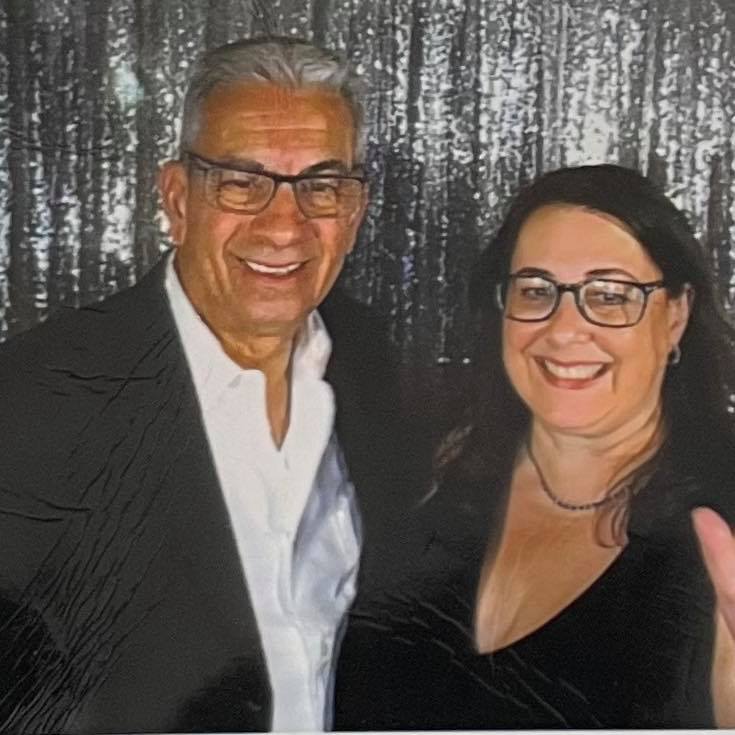 Anthony loved all animals and spending time with his family, especially near the beach in Belmar. In his free time, he loved woodworking, gardening, cooking, and riding his motorcycle. Anthony could fix anything. He held exacting standards for everyone; at the same time, he was the kindest, most generous person anyone could be lucky enough to know – willing to help literally anyone, even if he did not know them.

He is survived by his adoring wife, Beth (Isaacs) Wonski; devoted children, Leah Wonski, Philip Wonski, his wife, Muna Wonski, Matthew Wonski, as well as his dear sisters, Maria Richardson and Marguerite Willard. He is also survived by the many members of his loving family, including 20 great- and grand- nieces and nephews.