SOMA Action is taking action to help save U.S. democracy.

Republicans in state houses nationwide have not only dialed up their voter suppression efforts to eleven, introducing hundreds of bills to restrict vote by mail, reduce early voting, stiffen voter ID requirements and even criminalize get-out-the-vote efforts.

Even more dangerously, they are passing laws to seize partisan control of vote-counting and voter certification processes. And the Supreme Court has validated their efforts, effectively nullifying what remains of the voting rights act, while upholding laws that verifiably suppress minority turnout in the name of preventing nonexistent voter fraud.

U.S. democracy may be in a death spiral. There’s a strong possibility that combined Republican efforts to purge voter rolls, discourage voting by groups they regard as hostile, and throw out votes they don’t like (as President Trump vainly urged party officials to do in 2020) will tip a national election. But in their efforts to counter this potentially mortal threat to democracy, Democrats appear stymied by…the filibuster, a procedural maneuver weaponized by racists since the early 19th century. 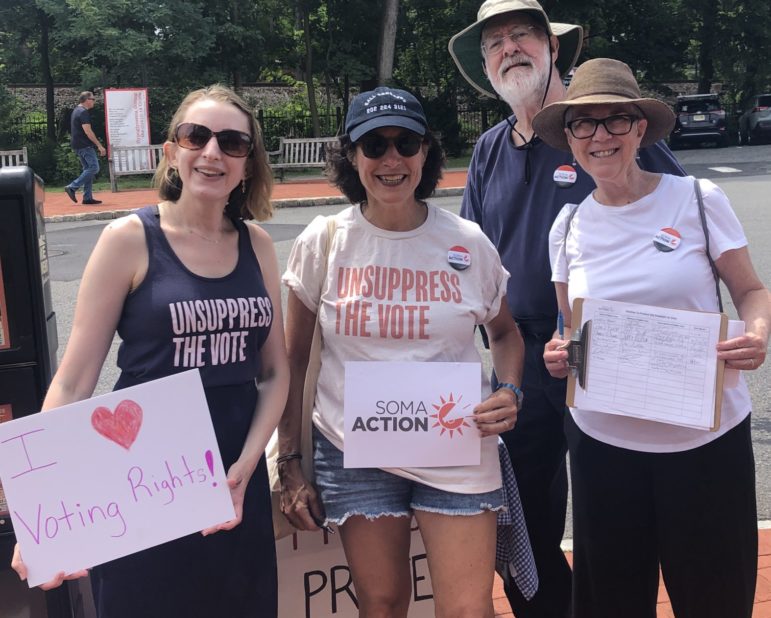 Senate Democrats have the procedural power to alter or bypass the filibuster to pass meaningful voting rights legislation, and the vast majority of Senate Democrats say they support doing so.

But we’re not feeling the passion or the commitment — not from Senate Democrats generally, and not from our own senators, Cory Booker and Bob Menendez.

That’s why SOMA Action’s new Democracy Action Committee is circulating a petition – on social media, in town, and through partners like NJ 11th for Change – to urge Booker and Menendez to make themselves heard and felt in the fight to preserve some semblance of democracy in America.

This petition urges our senators to make passing legislation to protect the freedom to vote and to secure the vote-count their number one priority. We want them to make it clear that they will do whatever it takes to convince their Democratic colleagues to bypass the filibuster in order to get this legislation on President Biden’s desk by the end of the summer. We call on Booker and Menendez to do more – for example, convene public events and town halls in order to raise awareness among the general public about the urgency of this matter. Please help us send our senators a message by signing and sharing the petition.

And if you agree that all other aspirations for our society depend on defending a democracy in peril, join us in SOMA Action’s Democracy Action Group.