I stand in solidarity with my Black and Brown colleagues, their families, and those of the broader community directly affected by institutionalized racism. Like so many before them, the recent deaths of George Floyd, Ahmaud Arbery and Breonna Taylor were senseless and completely avoidable. As a community, we pay our respects to the family of George Floyd. His memorial service is characteristic of how far too many black and brown families have had to publicly live out the pains of having to say goodbye to their loved ones whose lives were cut short by a system which devalued their worth, their dignity, and basic human rights.

Today my heart is heavy with indignation. It bleeds over the repeated sounds of wailing widows collapsing under the weight of the horrific news that their husbands, sons, or daughters will not be coming home tonight; some misguided person in a uniform, or their neighbor from a different zip code across town, possessed with a “self-appointed” and misguided ethnocentric vigilante posture and ideology murdered them over something as trivial as the color of their skin. 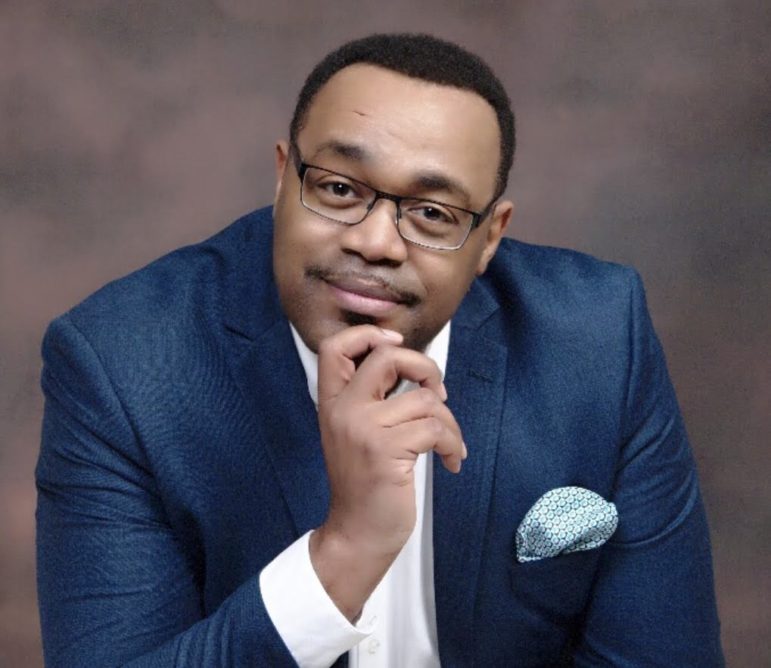 Once again, those of us in the Black community are cut to the core of our souls; outraged over the blatant acts of racial profiling, but also sickened so much more by the apathy of some. We are appalled by a system of school leveling deliberately designed to advance white students over black and brown students. We are horrorstricken at the disparity of incarcerated black men and boys compared to whites who commit the exact same crimes. We are repulsed at the disproportionate representation of Women of Color in high paying jobs with equal or higher levels of education than their counterparts. We are infuriated by the under representation of People of Color in government. Furthermore, we are in disbelief over the double standard and classification of men and women of color, battling substance additions as criminals while whites suffering the same addictions are classified with an illness and therefore need our prayers and understanding.

Down to the pit of her stomach, the world should feel nauseated over the ongoing methodically organized, genocidal system of hate toward People of Color. A word for privilege middle and upper middle class blacks and whites who view systematic racism as a misrepresentation of reality fabricated by those wishing to scapegoat and blame others for where they are today; if you believe fairness, equality and justice exist in a power-driven, media-biased, judicial, economic and political system controlled and dominated by a single ethnic group, not only are you naive and blinded by your own privilege, I can’t help but to believe that your lack of integrity to truth serves as a desperation to maintain a false sense of humanity. Policy, law, and the penalties for infractions (perceived or otherwise) have been written on the books of history for the purpose of assuring one group maintains the power and control over that of another. Get woke!

Headlines, news feeds, and media reports have captured the countless murders of African Americans. Murders of black and brown people have been caught on body cams, cell phones and surveillance tapes, again and again. The lynching of old were means of afternoon entertainment for churchgoing whites. Recessing out from the pews at the end of service, with bibles in hand and only a few feet away from the church house itself, preacher and congregation

flocked to the hanging tree in search of afternoon delight and punishment of runaway slaves. The damaging implicit lesson to their children being, “you are superior to any black person”.

In a similar way, the world watched human dignity being stripped from a man innocent of any crime. On Memorial Day, May 25th, we all watched a modern-day lynching. Some, but not all were stunned as a video recording captured George Floyd being lynched while pleading for Minneapolis Police Officers to show mercy and not kill him. To our dismay, we watched officers ignore his plea. His body restrained to the ground. His head cold-heartedly pinned to asphalt by the knee of someone with a proven track record of brutality. It were as though the intent was to break the asphalt with Mr. Floyd’s head, or just as savage, break Mr. Floyd’s head with the asphalt while the rest of his body was held down by other officers. All watched on social media the lynching murder and slow death of George Floyd as he begged for his life.

So yes, I raise my voice and stand in solidarity with those around the world who likewise find these incidents an appalling insult to the human dignity of minorities. Thank you, our friends throughout the broader community and nation who reached out to their fellow black and brown coworkers, associates, classmates, employees, and neighbors to express a word of support during this time of national and international protest against racial hate. Not only is it a way of showing solidarity, it illuminates your humanity. More importantly, your actions of solidarity provide hope that together we can conquer institutionalized racism and senseless killings of the George Floyds, Ahmaud Arberys, and Breonna Taylors out there. Under the radar, so many have gone unnamed.

Family, God will get us through this moment. That great Christian hymn, “My Hope Is Built on Nothing Less,” was written in 1834 by the late Edward Mote, a pastor at Rehoboth Baptist Church in Horsham, West Sussex. Mote wrote over 100 hymns but is best known for this one. Its melody comes from William B. Bradbury’s hymn, “Solid Rock” and is inspired by a text addressed to the Corinthian church in 1 Cor. 10:4. Both the hymn and the text calls for praise and hope in knowing that whether black, brown, white, green or yellow, as believers we eat and drink from the same table. In Christ we share a table as brothers and sisters. Not as a separate family. Like the Hebrews of old whom were all baptized into Moses through the cloud and in the sea, believers today are baptized spiritually in the Rock of our Salvation. We are built on this hope.

In the fight for justice, in the call for a comprehensive change in policing practices, and in the quest to rewrite public policy until the unalienable right of every citizen to “Life, Liberty and the pursuit of Happiness” is genuinely experienced (a right given to human being by our Creator), let us never forget Who unites us. As you fight for your right to equality remember you are a witness of His saving grace. Even when others forget, in your indignation against hate, remember, “Our hope is built on nothing less.” We fight, but not alone. God is on the side of justice and we fight as witness to His grace. But family we do it as witnesses of His grace and reconciliation as well.

I love you, family. Even as our nation and world rises up to speak truth to power against immoral and unethical forms of systematic racism and hate, let us do so remembering we are called to hate the sin, not the person. Stay woke!