On 2/16/22, at approximately 9:55 am a good Samaritan called Maplewood Police Headquarters and reported that there was a male that was possibly shot and was currently outside near Hughes St and Jacoby St. Upon officers’ arrival, Patrols located the victim in that area. He was found to have a laceration, but did not have a gunshot injury or any other life-threatening injuries.

The on-scene investigation revealed that the victim was involved in an altercation with another male inside of an apartment at 159 Jacoby Street. During the altercation a .380 caliber handgun was fired in the apartment, but no one was struck. The handgun has not been recovered at this time. The incident was determined to be domestic in nature. The involved parties are known to each other. No other persons or the public was at risk. 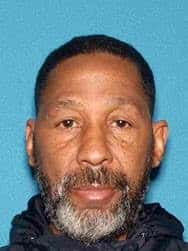 Maplewood Police Detectives responded to investigate and process the crime scene. As a result of the investigation, a Warrant was issued for the arrest of Cranford Butler (67yoa) of Irvington, NJ. Maplewood Police Officers working collaboratively with the Essex County Sheriff’s Emergency Response Team and the Irvington Police executed an Arrest Warrant at Butlers home. At this time Butler remains at large and should be considered armed and dangerous.

It should be noted that MPD impounded the vehicle Butler was operating at the time of the incident. It was found parked on the street a few blocks from his home in Irvington. Detectives are working relentlessly to find and arrest Mr. Butler. We are asking for the public’s assistance in helping us to locate Mr. Butler. Any person with information that could help us locate Mr. Butler can call our Detectives at 973-761-7913 or email MPALMEREZZI@TWP.MAPLEWOOD.NJ.US

Charges are as follows: