The Village Green May 14, 2015
0 FacebookTwitterPinterestEmail 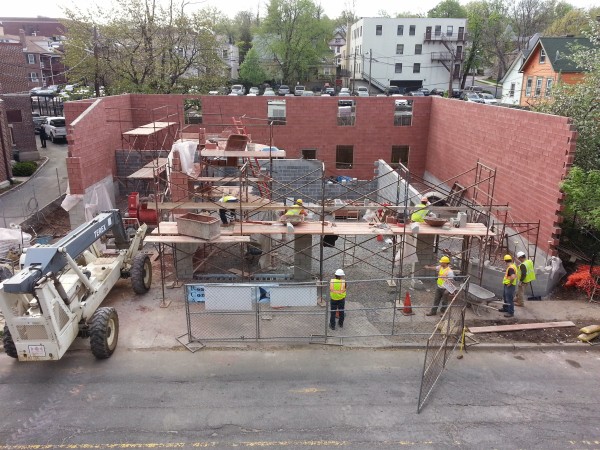 The South Orange Rescue Squad is fighting for the chance to win a $25,000 grant to complete their new headquarters and is asking the community to help spread the word and vote for them.

The South Orange’s all-volunteer squad has been selected into the top 200 organizations — out of more than 4,000 applicants— eligible to win one of 40 $25,000-grants as part of the State Farm Neighborhood Assist program.

The top 40 vote-receiving causes each will receive a $25,000 grant. Those finalists will be determined by votes on Facebook between May 14 and June 3. Each Facebook user will be able to vote up to 10 times per day for any of the causes that they want to support.

You can vote for the South Orange Rescue Squad by using its unique State Farm Facebook page link: https://www.state-assist.com/cause/1500225/south-orange-rescue-squad

The South Orange Rescue Squad is an independent 501(c)(3) EMS organization that provides free 911 emergency medical care to 41,000 residents of South Orange and Maplewood NJ and the surrounding communities, including Seton Hall University. The squad also has a cadet program, which teaches high school students about becoming EMTs and trains them to save lives; teaches First Aid and CPR to members of the community; provides free EMS standby coverage at public events; and visit schools, camps and day cares to teach children about safety, First Aid and Emergency Medical Services.

The Rescue Squad is staffed by volunteers and funded solely by contributions from the community which are 100% deductible under IRS regulations. The squad receives NO taxpayer funding.

South Orange Rescue Squad Captain Dan Cohen reports, “We save our residents approximately $1,040,000 per year in medical fees charged by for-profit EMS agencies by continuing our mission of never charging for ambulance transportation and treatment.”

Cohen said that the grant is greatly needed because the squad was recently “forced to leave our headquarters of 43 years because it was torn down to make room for a real estate development” [3rd and Valley]. Although the developer Jonathan Rose LLC contributed more than $1 million towards the construction of the new building, an additional $100,000 to $150,000 was needed to cover the costs.

The squad has raised a portion of that amount in a campaign launched last fall, with Investors Bank donating $10,000 and Provident Bank giving $3,500. Community members have contributed by buying personalized bricks and tiles that will adorn pathways leading to the new squad building on Sloan Street next to the Fire Department.

“This grant would help us complete the rebuilding project and fund the construction of our training room, which is used to train not only members of the Rescue Squad, but also members of the general public. It would allow us to once again have a safe, secure and appropriate facility from which to base our operations, without having to drastically cut into our operating budget and savings, which would put our programs in jeopardy.”

Meanwhile, construction on the new building is back on track after being “stalled out for winter,” said Cohen. “Now we’re rocking and rolling.”

Click on any image below to see a brief slideshow of construction photos of the the Sout Orange Rescue Squad buildings.