An 18-year-old Bloomfield man died Tuesday after he fell into a coma following a near-drowning in a private pool in South Orange on Monday afternoon.

South Orange Police Captain Kyle Kroll confirmed that Talajawon Golden was taken by the South Orange Rescue Squad to St. Barnabas Medical Center on Monday after police responded to a 911 call for a possible drowning at a private pool on Redmond Road at 3:27 p.m. Golden passed away the next day.

Kroll said that it was an accidental drowning with no contributing factors. He said there was no trauma — for example, no signs that Golden tripped.

A passerby had already started administering CPR when police arrived.

The Star-Ledger reports that Golden was a 2013 graduate of Montclair High School and former football player who attended Cheyney University of Pennsylvania.

According to the Star-Ledger,a friend found Golden at the bottom of the pool on Monday afternoon and then called police and yelled for help, said the report. A lifeguard for the South Orange Pool happened to be walking by, and pulled Golden out and started performing CPR.

Police officers and South Orange Rescue Squad members also attempted to resuscitate the teen, who after regaining a pulse was taken to St. Barnabas Hospital, where he died the next day, the report said.

Golden’s family members have set up a GoFundMe page to raise funds to pay expenses for a funeral, according to the report. 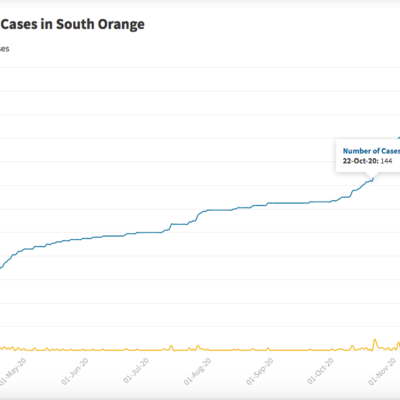