CHS Grads Recognized as South Orange Villagers of the Month

The South Orange Board of Trustees Monday recognized Mia Goldstein and Dwayne Ellmore as Villagers of the Month. Introducing the two Columbia High School graduates, trustee Steve Schnall said, “This is one of my favorite parts of being a trustee.”

Both students, who were presented with certificates, were accompanied by family and friends.  Each student was called forward with family to formally receive the town’s tribute.  Villagers of the Month are selected about four times each year; August is traditionally when youth members of the community are recognized.

Both students were recognized for service to the community and their school, as well as for their scholarship.  Both were lifeguards, participated in the swim team at Columbia High School, and were active in the CHS television station, CCN.

“I’m very honored and grateful,” said Ellmore, who praised Goldstein, as well as thanking his extended family. “I’m proud to live in South Orange and to receive this award.  I hope to serve my town in the future.” Ellmore was recognized for his commitment to his church community, whom he also thanked.

Goldstein said, likewise, “It’s incredible to be here tonight.  It’s the greatest honor I’ve ever been given.” 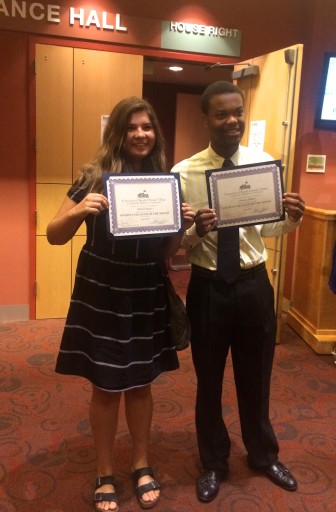 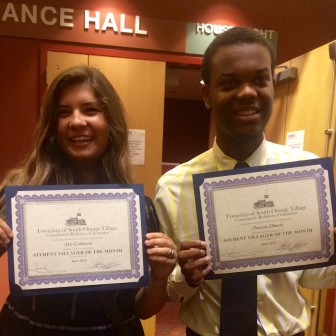