From Columbia High School in the South Orange-Maplewood School District:

The Columbian has earned the first place award in an annual competition held by the American Scholastic Press Association for the sixth year in a row.

The national competition is open to any and all student-run newspapers from across the country. Entries are critiqued on journalistic content, journalistic decision-making, visual layout and design, photography, illustration, and overall editing. Columbia High School’s (CHS) newspaper team tallied enough points in each category to earn themselves a first place for a sixth year in a row.

Judges noted that CHS has “…an excellent school newspaper, which shows the creativity and journalistic knowledge of [its] reporters, writers, photographers, layout/graphics designers and advisor[s].”

The Columbian is a student-run publication whose leaders are enrolled in the Production Journalism course (Fine Arts), and have earned their positions after completing the Journalistic Writing (ELA) or Computer Graphics (Fine Arts) courses.

COVID-19, the global pandemic, and a school closure all challenged the team’s ability to continue to produce a print version of the publication so the shift to a digital platform was necessary. The historic move marked the beginning of a new era in the institution’s more than 80 year existence. 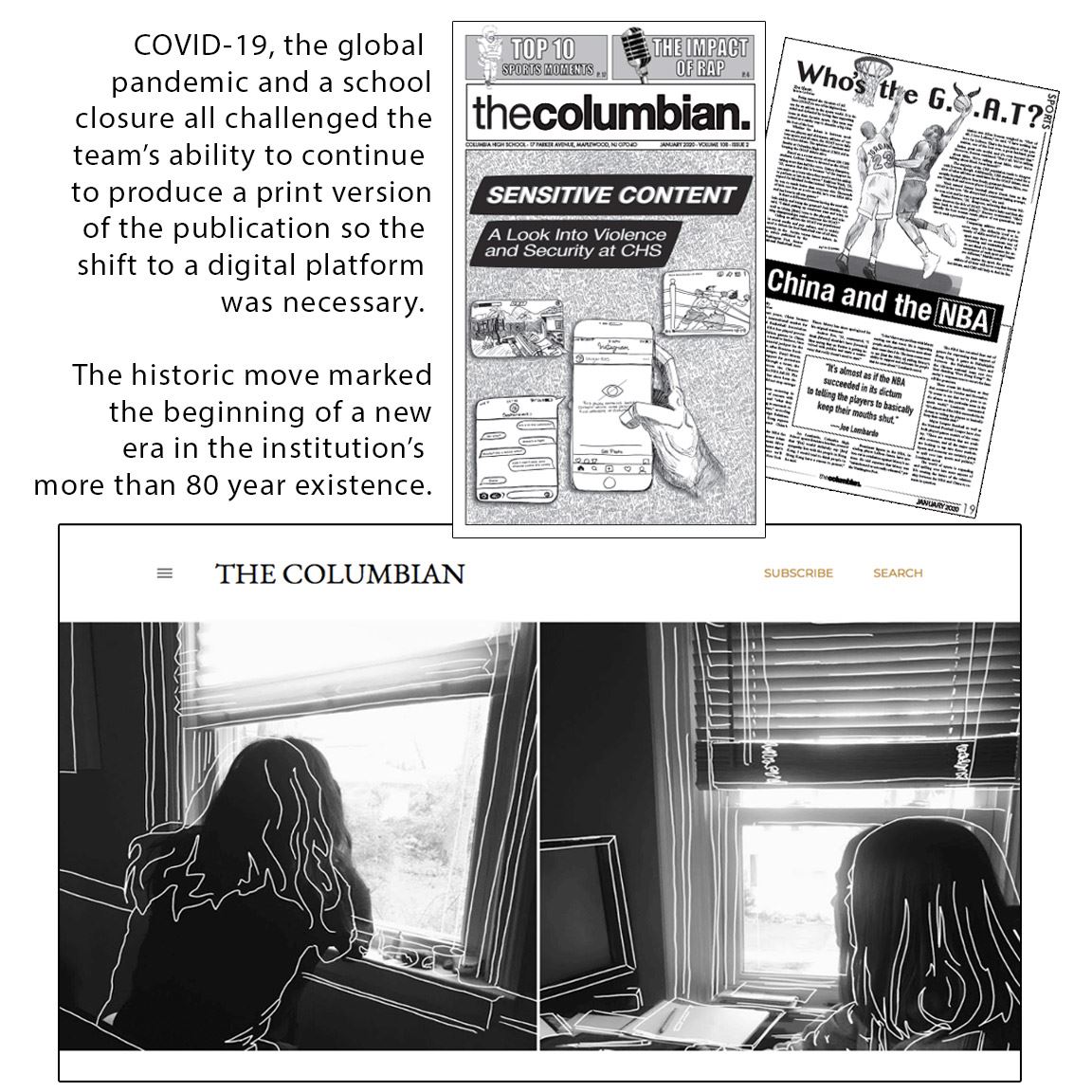