The school musical, directed by music teacher Ebony Wiggins, was “Dear Edwina, Jr.” While the 5th grade cast members took lead singing and speaking roles, the 3rd and 4th grade participants joined in on whimsical and catchy tunes such as “Paw Paw Michigan,” “Put it in the Piggy,” “Frankenguest,” and “Fork, Knife, Spoon.” Past musicals were “School House Rock Live!” and “How to Eat Like a Child.”

The artist-in-residence programs aimed to expose each grade to a particular art form while tying into their current curriculum: 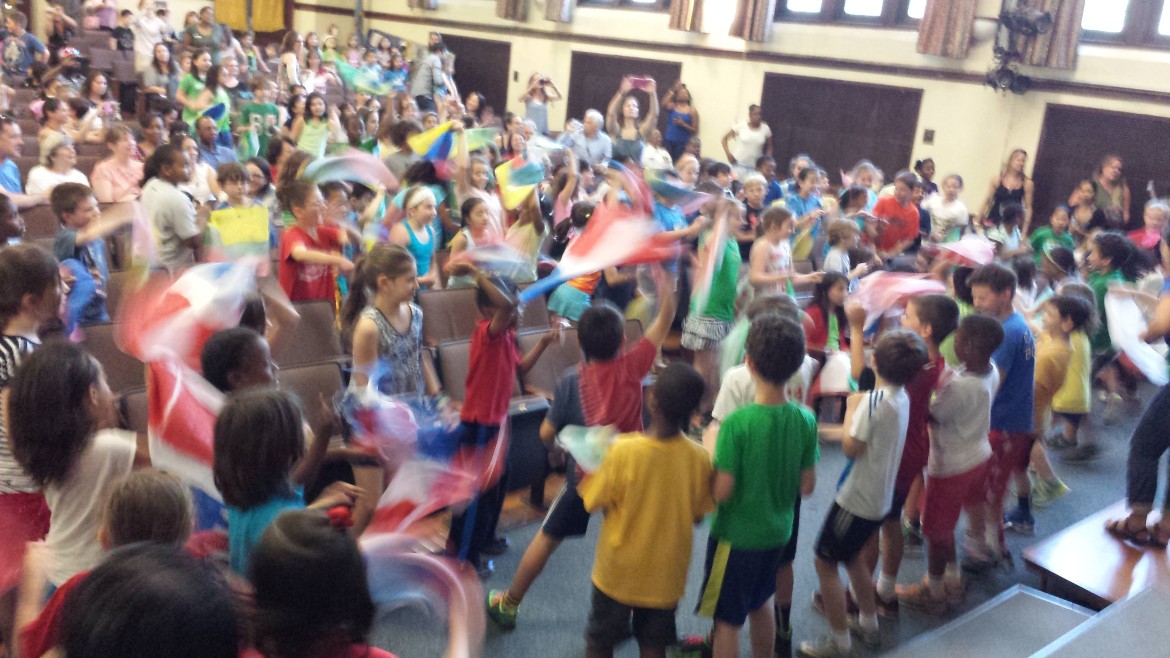 Meanwhile, various musical genres have filled the cafeteria during lunch. The idea for Soul at South Mountain began last spring, when Maplewood Community Music’s flute choir performed tunes from a variety of film soundtracks familiar to the students.

In December, former parent Tori O’Connell (of Tori Erstwhile and the Montys) and current parent Steve Campione teamed up to perform Marshmallow World, You’re a Mean One, Mr. Grinch, Jingle Bells, and Winter Wonderland, among other holiday favorites. Student Spencer Campione joined in on guitar for a couple of lunch periods, while students also sang along.

In May, Spencer returned, this time with fellow 4th grader Robbie Goldman and Marshall School’s Mitchell Pressel. The young Mark Murphy band prompted loud cheers from the students with their impressive talent and stage presence. Maplewood Community Music also revisited in May with a woodwind and brass ensemble that included band teacher Jasmine Bloch. The volunteer musicians filled the cafeteria with marches, Somewhere Over the Rainbow, and tunes from The Lion King. However, it was their rendition of YMCA that got students up from their seats and really moving before heading back to class.

Click on any image below to see a slideshow of photos from South Mountain School, including photos from the Dance Americas program and three new murals.