Eastman Says Goodbye to Board of Ed With Grace, Receives Standing Ovation 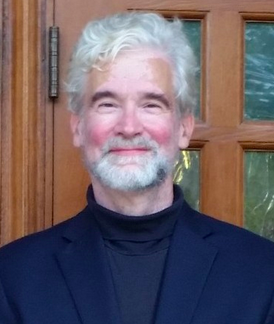 South Orange-Maplewood Board of Education President Wayne Eastman delivered his last President’s Report on Monday night (Eastman will be traveling for work for next month’s meeting) and received a standing ovation at the conclusion of his remarks.

During the report, Eastman not only congratulated those who defeated him in the recent Board of Education election, but stated, “I not only accept, but in substantial part agree with, the verdict of the people as it relates to me. A board with a clear majority, which the election brought us, has much to recommend it compared to a board split 4-4-1.”

Eastman elicited a laugh from Board Second Vice President Johanna Wright by calling democracy “our special sauce.” He also received a tribute from former Board President Beth Daugherty, despite their philosophical disagreements and often divergent votes.

“Wayne, your commitment … is completely sincere and runs deep,” said Daugherty, who said she admired Eastman’s commitment to accountability and the use of data, as well as to “all viewpoints being heard.” Daugherty told Eastman “animated discussion is something you like best…. Recently, we’ve really had a lot of those. Well done, well done.” Daugherty said that Eastman also helped the Board focus on bigger issues and policy discussion in Trenton. She ended, “Thank you so very much for your service. It’s been fantastic. I assume we are going to continue to hear from you in the future and we look forward to that!”

Here is the transcript of Eastman’s final President’s Report:

Because of work travel next month, this will be my last President’s report, and a wrap-up to my one year of service as President and my eight-and-a-half years of service before that as a board member.

On the policy-making side of our three priorities: I’m very proud as I step down on our shared progress in passing a new, “all students and parents shall have a choice” access and equity policy that in many ways is a culmination of what I’ve dreamed of since I’ve joined the board. On the goal-setting, accountability side: I’m also happy about the process we’re now engaged in—slimmed-down board goals, Education Summit, and onward—that will lead us to a new strategic plan and associated action plans.

What I want to focus on, tonight, though, is our third priority: listening to the community.

We just had a big listening moment on November 3. I’m happy for the winners, Annemarie Maini, Chris Sabin, and my running mate Madhu Pai. Once again, congratulations to all three of you—you are worthy!

At the same time, part of me is sad for myself and for my running mate Peggy Freedson, and also for Marian Raab, Elissa Malespina, Shannel Roberts, and Dorcas Lind, whom I shared many hours with over the last two months. The six of us tried, and did not succeed.

What is the point of the speaking and listening exercise in local self-government that the nine of us and our community engaged in with the campaign and the election?   That is what I want to talk about tonight.

I begin with the four board presidents before me: David Frazer, Rowland Bennett, Mark Gleason, and Beth Daugherty. I have learned a great deal from all of them, especially Mark and Beth, and I am grateful to them all. Thank you! They constitute an impressive, dedicated quartet of public servants, and I hope that I may be remembered, if I am remembered, as their peer.

With the exception of Rowland, my four predecessors and I all left our presidencies under circumstances not of our choosing, through town and board votes. That’s the rub, and that’s the glory of our system and how it works. Democracy is our special sauce. If we in the northeastern band of inner suburbs from Boston to Washington have the world’s finest public schools among us, as I believe we do, it is because of, not in spite of, our passionate, sometimes painful, campaigns, and the local democracies of which they are the centerpiece.

With that in mind, I want to thank two people in particular. The first is my campaign manager, Andrea Marino. As I have grown old and white-haired in the bright lights of the cameras, she has stayed forever young in the background. Andrea, it’s been a wonderful ten-year ride. Thank you very much!

The second is Steve Latz, who has been a manager on the other side in my 2006, 2012, and 2015 campaigns. His intelligence, hard work, and commitment to the welfare of our children and our community have been exemplary. Steve, thank you.

A few final remarks. I not only accept, but in substantial part agree with, the verdict of the people as it relates to me. A board with a clear majority, which the election brought us, has much to recommend it compared to a board split 4-4-1.

The warrior side of me makes arguments for the merits of myself and the side I am affiliated with, and feels ire at my loss. But the greater part of me feels a sense of peace at the result, and a hope that we in our local democracy may enjoy a respite for at least a while from the necessary but stressful competition of the two great sides.

At the national level, Barack Obama, Hillary Clinton, Bernie Sanders, Elizabeth Warren, Mitt Romney, Marco Rubio, and all the rest cannot get off the great rat race wheel of value competition. Compete they must. At the local level, we have a choice. I wish for an era, or at least a few years, of good feeling for my successor and our new Superintendent.

Yes, winning and losing matter. But in the end, there is no slayer and no slain. One’s side and the other side are equally necessary, equally valuable. Our yin and their yin, our yang and their yang, are both good, both true, both beautiful.

Contention, strife, criticism, and self-criticism there will always be, and should always be. But in the greater part of ourselves that is not our warrior selves, peace there shall also be. And in part of us, the best part of us, there shall be joy, too, joy not all the time, but joy that increases as we live our lives in this almost heaven on earth, this happy ridge and valley that we have the wonderful good fortune of sharing together, South Orange and Maplewood.

It has been my great honor to have served our community from May 1, 2006 to this moment. Thank you very much to my wife, Darcy Hall, and to my children, Jonathan and Caroline, without whom none of this would have been possible. Thank you very much to my mother, who is ill, but who from her hospital bed in Massachusetts gave me incisive advice yesterday on this statement that I have followed. Hi Mom! Thank you all very much.