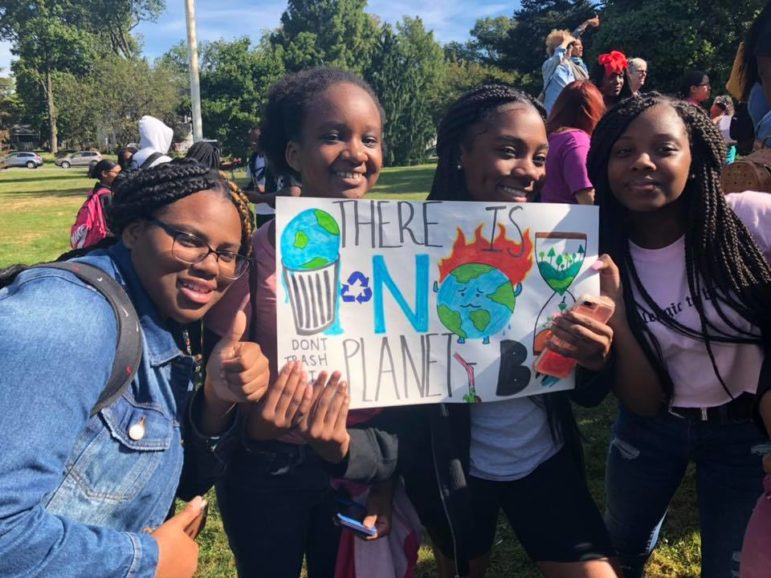 Hundreds of students from Columbia High School, joined by a contingent of middle school students, walked out of classes today to join students and others worldwide in a global Climate Strike.

The strike was planned to coincide with the gathering of international leaders in New York City this coming week for the UN Climate Action Summit 2019.

The South Orange-Maplewood students marched from Columbia High School along Valley Street to Maplewood Town Hall where they staged an hour-long demonstration filled with speeches and chants. Student after student took to the microphone at the top of the steps at town hall, decrying both the local and global effects of climate change.

The speeches were fiery and wide-ranging, dealing with the the impact of the Newark water crisis on children, sea level rise on developing nations, local garbage disposal on inner city residents, the Dakota Access pipeline on native tribes in North Dakota, and more.

CHS senior Jordan Muhammad connected immigration with climate change: “If they really wanted to fight immigration they would stop the reasons why people are forced to find new homes. They would stop destroying their homes,” Muhammad said to cheers.

After Muhammad discussed the Newark water crisis, CHS junior Charlotte Oliver spoke of more impacts on South Orange-Maplewood’s neighboring community, “All of our garbage that comes from South Orange and Maplewood, both upper class towns, is burned in an incinerator in poor areas of Newark, New Jersey where people face medical issues due to the poor air quality. These people have no other housing options and are stuck with the consequences of our wasteful habits. … What I love about this walkout is that we are not being ignorant and oblivious, we are coming together as part of a global movement to educate ourselves and each other and never live our days as if this is just another day and this is something we can ignore.” 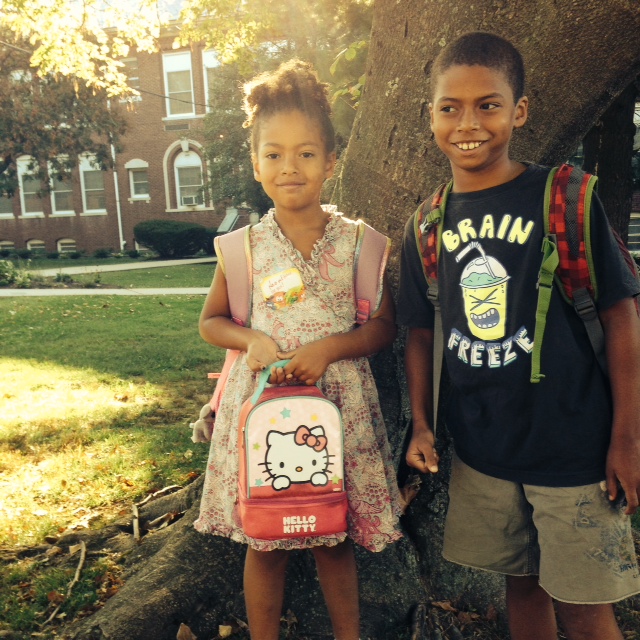 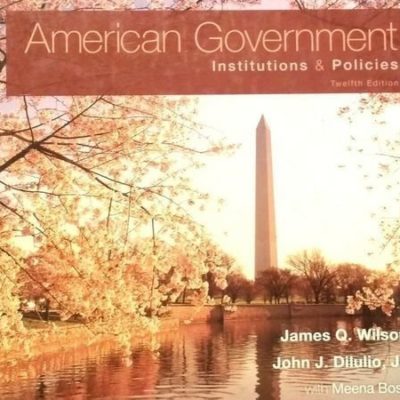 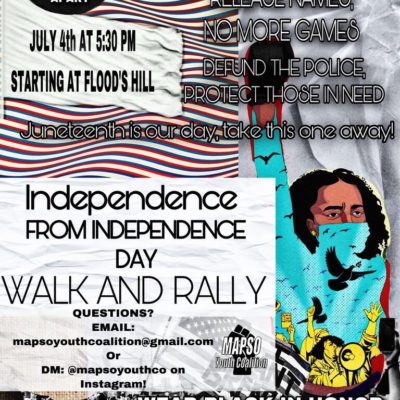