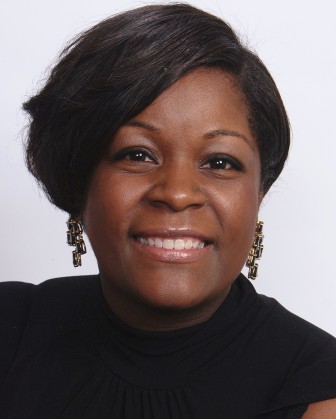 Immediately after Kimberly Hutchinson was appointed by the South Orange-Maplewood Board of Education as the Jefferson School Principal on July 28, she impressed the community by reaching out to parents and families in a thoughtful letter.

In that letter, Hutchinson described her passion for “[i]nteracting with students, observing their learning process and witnessing their growth.” She also said she was impressed with the “rigor and integrity of the South Orange/Maplewood candidate selection process. I felt it was a strong reflection of the priority that this community places on the education of its children.”

Hutchinson said that part of what attracted her to the job was the “strong partnership” between the school and the PTA. “I feel lucky to be entering a school community that has such a strong and supportive parent base.”

Another welcoming statement: Hutchinson was concerned that the transition from outgoing principal Susan Grierson to her leadership be “as seamless as possible” and that parents and students experience “familiarity and comfort during this time.”

What the apparently self-effacing Hutchinson didn’t tell the community was little bit more about herself.

Hutchinson earned her B.A. in Sociology and Elementary Education at Fordham University in 2001. She has two masters degrees from Teachers College of Columbia University — one in arts (2003) and one in education (2009).

While she got her start at PS 165 in New York City, teaching for two years from 2001 to 2003, she spent the next 11 years in the Newark Public School system. Hutchinson started as a special education teacher at the Abington Avenue School (2003-05) and then became Learning Disabilities Teacher Consultant for Newark Public School until 2012 when she took on the job as Vice Principal of McKinley Elementary in Newark.

Hutchinson also has been working as an adjunct professor at Montclair State University (she lives in Montclair) where she has been teaching graduate students in the Montclair Newark Urban Teacher Residency Program — “an innovative apprenticeship-based program of study for individuals with a deep commitment to urban teaching.”

Hutchinson clearly sounds ready to make the leap to leadership in Maplewood and South Orange. In her letter, she wrote, “It is evident that students are enthusiastic learners from the photographs that I have seen, the samples of their work and the accounts from their teachers and administrators. I am anxious to see all of learning that will unfold over the course of this school year. I feel so fortunate to step into a position with such great students, quality educators and a supportive community.”