From the Seth Boyden PTA:

Even during a very challenging year for students, teachers and administration, the New Jersey State Council on the Arts and Young Audiences Arts for Learning New Jersey & Eastern Pennsylvania has helped Seth Boyden Elementary Demonstration School find joy and dance into summer on a high note.

Seth Boyden received an Artists in Education grant for $10,000 from the New Jersey State Council on the Arts and Young Audiences Arts for Learning New Jersey & Eastern Pennsylvania for an artist-in-residence program bringing the dance art form of African-American stepping to the Seth Boyden third graders.

The two professional artists — Quynn Johnson and Ryan Johnson — are with SOLE Defined, a BIPOC-led dance company that uses dance to educate and foster creativity. Ms. Quynn and Mr. Ryan have focused on the emergence of stepping within African-American culture in the early twentieth century, particularly within the “Divine Nine,” the nine Historically Black Greek-Letter Organizations (HBGLOs) that originated at Historically Black Colleges and Universities (HBCUs). This history resonates strongly with the many African-American students at Seth Boyden, some of whose family members are alumnae/i of HBGLOs and HBCUs, and with third-grade teacher Rahmiece Lawson, an HGBLO alumna.

Principal Shannon Glander, Assistant Principal Sheila Murphy, and third-grade teacher Rosemary Connell formed part of the Steering Committee for the grant, as did Seth Boyden PTA President Elizabeth Leonard Evangelista, PTA Assemblies Coordinator Susanna Einstein, and former PTA Development Officer Alison Poe. Dr. Poe was also responsible for coordinating the program with this year’s district Covid guidelines and making sure everyone was able to participate, which has been invaluable. Ms. Connell says the program has been very engaging and “helps a lot of kids who may be losing interest after all the remote learning.” 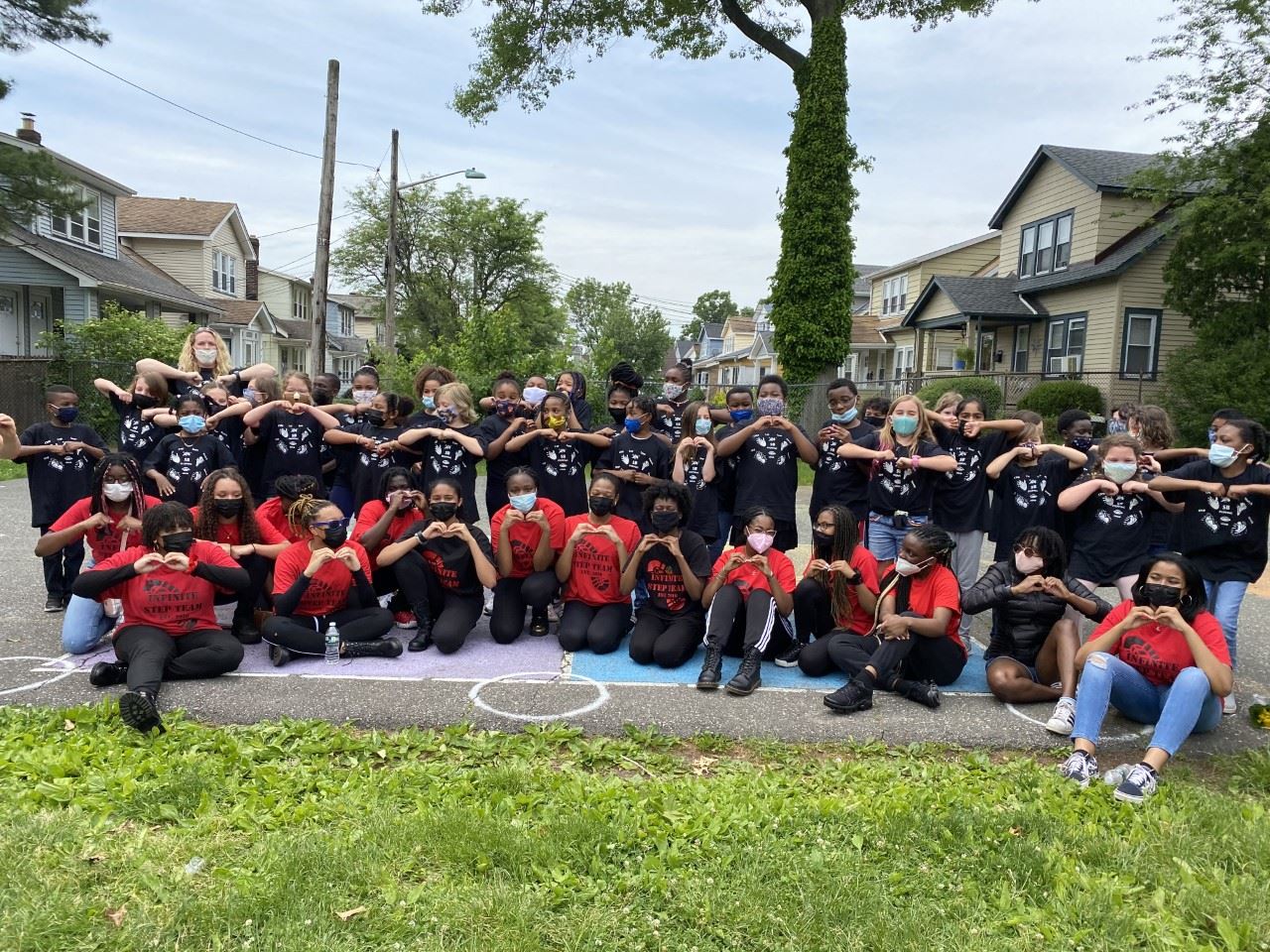 Twice a week, for the past eight weeks, students have explored fundamental step moves as well as the basic historical and cultural background of the art form with Ms. Quynn and Mr. Ryan, whether online or in person. Anaaya Ahmed, a third grader, says that she especially loves learning about the different kinds of claps and the Greek alphabet. She says the program is “fun, educational, and tiring.” Manuel Perez, another third grader says, “It was really fun learning stepping with my friends.  I hope everyone has the same experience next year.”

As the program’s culminating event, the third graders performed a stepping dance they co-choreographed with SOLE Defined: the Seth Boyden School Spirit Dance, a gift to the school that will be handed down as a lasting legacy. In-person students performed the dance live (masked and socially distanced) in the Outdoor Learning Center for the fourth graders; at-home learners contributed solo performances of the dance to a forthcoming video about the residency.  A live performance by the Columbia High School Infinite Step Team concluded the outdoor show, which will also feature in the video. When the Infinite Step Team completed their routine, captain Eartha West asked the third and fourth graders if they wanted to join the squad once they got to high school, and a score of hands shot into the air.

The Seth Boyden community is very grateful to this dedicated Steering Committee and The Artists in Education Residency Grant Program, now in its forty-eighth year. The residency is a co-sponsored project of the New Jersey State Council on the Arts and Young Audiences Arts for Learning New Jersey & Eastern Pennsylvania in partnership with regional New Jersey arts organizations, including Appel Farm Arts & Music Campus, Count Basie Center for the Arts, and Morris Arts.