This story has been updated. 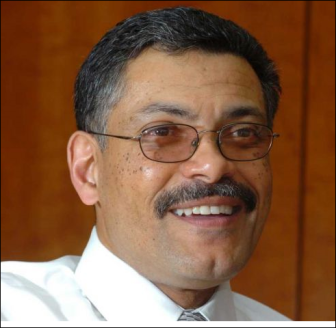 The South Orange-Maplewood Board of Education announced tonight that it planned to hire Dr. John J. Ramos, Sr., currently the CEO and principal of Middle East International School in Doha City, Qatar, as the new Superintendent of Schools.

Ramos has served as the Deputy Commissioner of Education in the State of Connecticut, and the Superintendent of Schools in both Watertown, CT and Bridgeport, CT.

Board President Wayne Eastman said that Ramos would be visiting from Qatar in April, with a tentative community forum set for April 7 from 7:30 to 9 p.m. Besides meeting with various groups within the community and the school district, Ramos will also be visiting each school.

Eastman said that Ramos would start work on August 1, 2015. Although the contract is not yet finalized, Eastman said that it would be a 4-year, 11-month contract. Ramos will be paid $177,500 per annum, per the state salary cap.

While Eastman said the decision by the board was unanimous, Board member Johanna Wright contacted The Village Green to say that she “was not allowed to vote nor participate in the Sup’t search.” Wright is often required to recuse herself from board actions due to the fact that her daughter is employed by the district.

During the second public comment period of the meeting, educator Elissa Malespina questioned the Board about the fact that Ramos was let go as superintendent of the Bridgeport, CT school district in 2011.

Malespina said, “I’m guessing the board knows that the info is there and I’m hoping you will address some of these concerns because we’ve talked about transparency.” She said that she was “feeling it’s not that transparent when you come in and say, ‘Here’s our guy, he’s starting August 1.'” She added, “There’s some concerns, some very valid concerns coming up from Googling that really worry me…. I want the best and I’m not sure this person is that.”

Eastman addressed Malespina’s question “given that Google is available to all of us and we’re all instant experts,” he said. Eastman said that “the very matter was the subject of much discussion internally … and with Dr. Ramos.” Eastman went on to say that Ramos had a demonstrated record of accomplishment over a 30-year education career — including his five years in Bridgeport. Eastman noted that Bridgeport, though a large urban center with economic challenges, did not enjoy the state funding levels that New Jersey affords such districts with Abbott designation.

Eastman rattled off a list of accomplishments for Ramos in Bridgeport including the “creation of a major strategic plan … a shift in terms of measurable results … a client-centered service delivery model … connected to metrics … districtwide accountability, curriculum development including the use of technology.” During Ramos’ tenure, Eastman said that a number of Bridgeport schools were cited as U.S. Blue Ribbon schools and won other awards. In addition, seven new schools were constructed and opened including the first inter-district magnet school. He said that Bridgeport broke ground for the largest public school building project in district history.

Eastman also detailed the process whereby Ramos brought in the state because he felt that the district could no longer afford “a suitable education for the students.” He said that Ramos and the new board ultimately parted ways over the issue of charter schools. “Dr. Ramos was not of that school,” said Eastman.

Eastman said he had spoken to the Bridgeport board of education chair at the time, who said, “John is a wonderful person with the highest ethical standards.”

Eastman said that calling Ramos’ departure a “termination” was incorrect. Instead, he said that Ramos and Bridgeport came to an agreement that Ramos would resign. “If you have seen Google items, note that it was a negotiated process – a mutually agreed upon resignation.”

The eight members of the Board of Education of the South Orange-Maplewood school district participating in the Superintendent search announced Monday evening that, after an extensive search process, they have voted strongly and unanimously to hire Dr. John Ramos as the new Superintendent of the district.

Dr. Ramos will begin his new post as Superintendent of South Orange Maplewood School District as of August 1, 2015.  He is currently serving as the CEO/Principal at the Middle East International School in Doha, Qatar.  He is also a Leadership Consultant at the American Consortium Center for Training in Qatar.  Dr. Ramos’ thirty year career in education spans a wide range of experiences, including serving as Director of Minority Student Affairs at the University of Rhode Island, Principal/Director of a laboratory high school in Providence, Rhode Island, Principal of Norwalk High School in Norwalk, Connecticut, Superintendent in Watertown and Bridgeport, Connecticut, and Interim Superintendent in Groton, Connecticut.

Dr. Ramos holds a B.A. in English and American Literature from Brown University, a Masters of Public Administration from the University of Rhode Island, and a Doctorate in Education from Teachers College, Columbia University.  Dr. Ramos’ doctoral dissertation focused on analyzing high school accreditation and advocacy design.  His academic background and his long experience in developing the team culture and shared decision-making required for success will bring the district valuable skills at a time when we are undergoing Middle States accreditation and developing a strategic vision for Columbia High School.

The hiring of Dr. Ramos follows an eight month long search process by the district that included input from the community, administration and staff.  The initial step of the process was community focus groups, which led to the development of the search criteria and the prioritization of areas of focus for the new Superintendent.

Contract terms for Dr. Ramos include a four year and eleven month contract with a base salary of $177,500.  Board President Wayne Eastman stated, “We’re excited to have Dr. Ramos joining us.  He has a focus on listening to and empowering people that we think is exactly what we need to lift ourselves from being good to being great.”

The Board wishes to thank District administration, faculty members and, especially, the members of the community for their valuable input.  The community focus groups provided valuable insight, which helped shape the eventual search criteria for the new Superintendent.   Hiring a Superintendent is one of the most important jobs of the Board of Education, and partnering with the community was vital to the process.

Dr. Ramos will be visiting South Orange and Maplewood in April.  At that time, there will be an opportunity for him to engage with students, District administration and staff, ASCA and SOMEA leadership, PTA and community leaders, and the community at large.  A community forum is tentatively scheduled for Tuesday, April 7th from 7:30 – 9:00pm.  Dr. Ramos will also be visiting schools.  Plans are being finalized now, and more details will be forthcoming shortly.