From SOMA For Safe Return To School:

A new group called SOMA FOR SAFE RETURN TO SCHOOL has formed to urge the South Orange-Maplewood (SOMA) School District and Superintendent Dr. Ronald Taylor to re-open in-person learning next month. Over 800 parents have already signed a petition, and a socially distanced protest will take place at 10 a.m. on Saturday, Dec. 12, beginning outside the Administration Building at 525 Academy St. in Maplewood. The march will end in front of New Jersey State Assemblywoman Mila M. Jasey’s office at 511 Valley St.

“We seek reasonable solutions for the safe return to school of as many students as possible, while prioritizing the most vulnerable and supporting our heroic teachers,” said Kate Walker, parent of a first grader at Marshall Elementary School and co-leader of SOMA FOR SAFE RETURN TO SCHOOL. “At this late stage and with so many setbacks, our request is that the district stay the course in the face of opposition, and open to the greatest extent possible for all students – with in-person opportunities five days a week for elementary and special education students by the planned date of Jan. 19, 2021.” 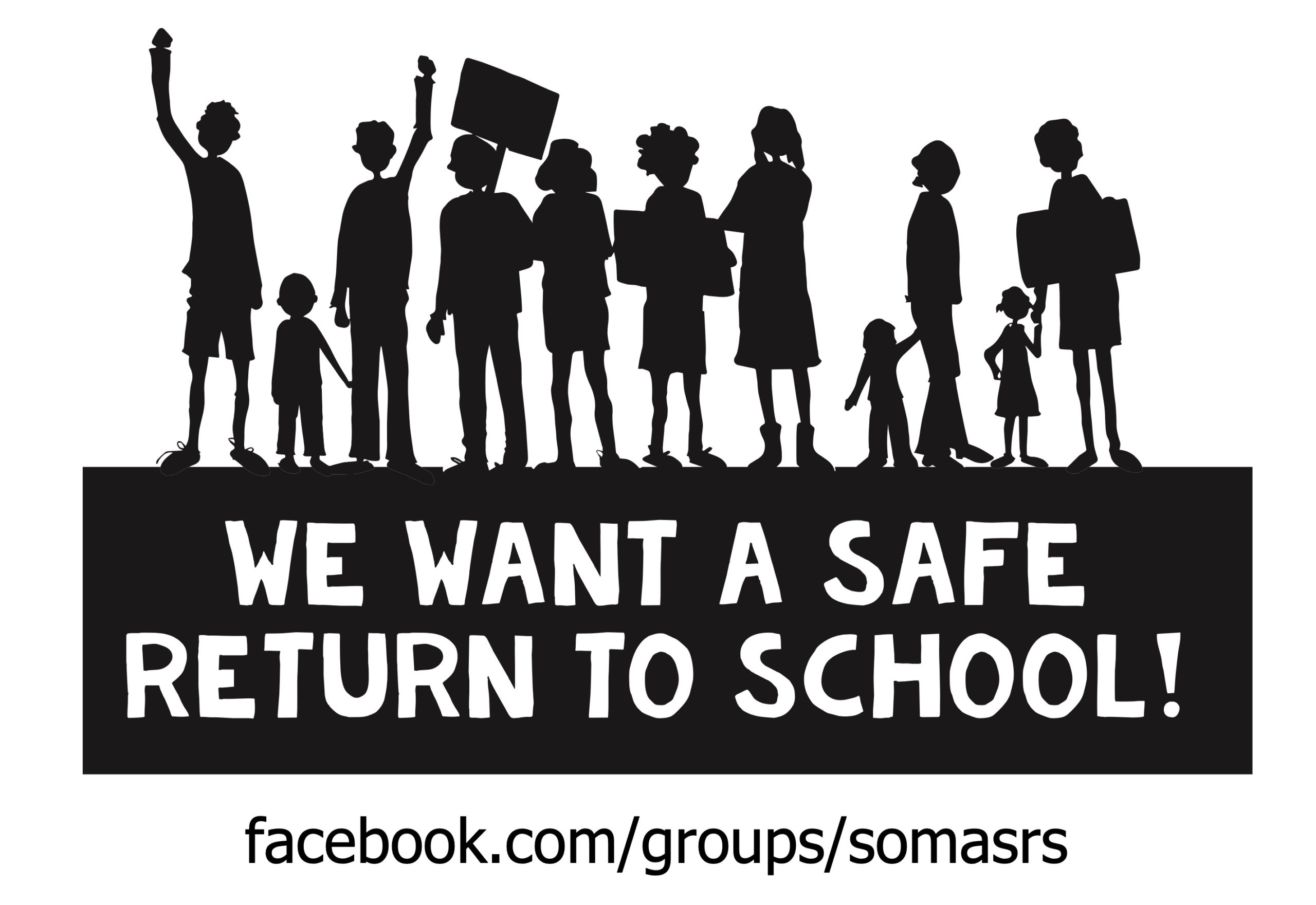 The science overwhelmingly suggests that young children are not driving transmission of COVID-19, and schools can be safe places for staff and students of all ages, even with spread in the greater community. This is particularly true with simple, low-tech precautions that include wearing masks and face shields, limiting close contact, and opening windows for ventilation.

While children in the SOMA district have not been in the classroom since March, many local public and private schools, following CDC and New Jersey state guidelines, have been running in-person programs for months without major issue, including neighboring towns of Millburn, Summit and Livingston. Additionally, the South Mountain YMCA has been operating safely with students in South Orange-Maplewood School buildings since September.

“Even when cases do occur, the testing, tracing and quarantining process used in other districts has been proven sufficient in limiting in-school spread,” said Julie Fry, co-leader of the group and parent of a first grader at Seth Boyden Elementary School. “To ignore all of this evidence is to further children and families’ suffering with no rational justification.”

“It is clear to all of us that our teachers have more than risen to the challenges presented, and are truly proving to be exceptional, but there are limits inherent in virtual learning that cannot be changed regardless of the heroic efforts by our teachers, and these impact the youngest and vulnerable learners the most. Moreover, teachers themselves are being done a disservice by facing these limits without proper supportive communication by the district, while preparing day and night to serve their students in this new way,” said Michelle Campana Sullivan, Maplewood resident and parent of a 7-year-old boy at Marshall Elementary School.

“For the youngest and most vulnerable children in our community – including those with Individualized Education Programs (IEPs) or 504s and those from economically insecure households – the virtual learning experience cannot effectively substitute for in person. Given what we now know, it’s clear that the district is quite simply failing these children,” continued Campana Sullivan.

Neither the CDC nor the State of New Jersey mandates the additional air filtration projects that have held up South Orange-Maplewood schools’ reopening. SOMA FOR SAFE RETURN TO SCHOOL believes the existing safety guidelines, which the South Orange-Maplewood School District already meets, are highly effective, as evidenced by the low number of outbreaks traced to thousands of schools across the state. 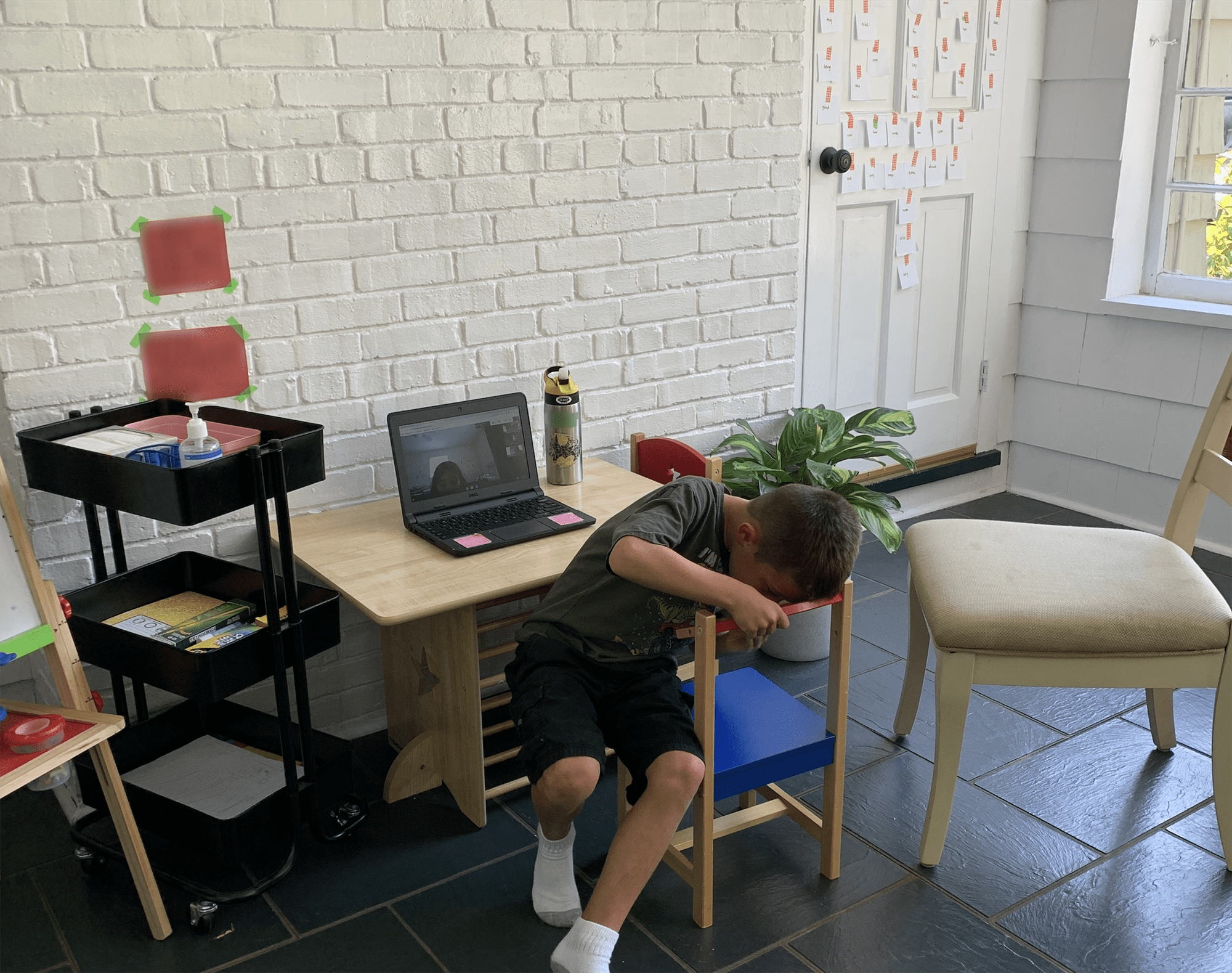 A first grade student in the SOMSD district at home during virtual learning. (Submitted by a local parent)

“I have a kindergartener, second grader and a fifth grader with an IEP. The time that our children are losing, in terms of academic and, more importantly, social development, is time that they will never get back. For them to lose that time because of baseless, unscientific excuses is unjustifiable and a fundamental abdication of the responsibilities of this school district and the leadership of this community,” said South Orange resident and parent of three children at South Mountain Elementary School, Kevin Hartzell.

“It is especially disheartening to see the low priority education, including special education, which requires hands-on work, has been given; other communities, states and countries have even been successful in both limiting the spread of COVID and maintaining the educational momentum of their children because they’ve made keeping schools open a priority,” said Michael Ferguson, parent of a kindergartener and second grader with an IEP at Marshall Elementary School in South Orange.

The community is encouraged to participate in the protest on Saturday and bring signs, their children and masks.

About SOMA FOR SAFE RETURN TO SCHOOL

The group consists of SOMA parents, students, taxpayers and concerned individuals within the South Orange-Maplewood (SOMA) School District who are pushing for a safe return to public schools to accommodate as many students as possible. To join the group’s planned rally, visit: www.facebook.com/groups/415503293151907/events.