Newsweek recently released its annual list of Best Public High Schools, and there was at least one surprise for New Jersey high schools: Millburn High School, a perennial entry on Newsweek’s as well as other “best of” lists, was not included. (Some nearby high schools that did make the list: Summit, Chatham, Madison, Westfield and Livingston.)

The administration, “surprised by the omission” (as apparently were district parents), did a little digging and reported its findings. Here is a letter Supt. Christine Burton emailed parents on Thursday, August 11:

We recognize that members of the Millburn community were surprised that Millburn High School was not included in Newsweek’s annual list of Best Public High Schools that was released today.

We were also surprised by the omission, and were able to reach out to Newsweek to ascertain that, although Millburn High School was invited to participate in this year’s survey, the email invitation and application sent by Newsweek never reached us. We have enhanced our email security in recent months, and unfortunately the message went to a spam folder via the district’s robust filtering program. As a result the high school did not submit the application. (We have whitelisted Newsweek for the future.) We do understand there are other New Jersey high schools (Princeton, West Windsor, Tenafly, Mountain Lakes, New Providence….) that were in the rankings in prior years but are also among the missing this year.

After reviewing our data and criteria in comparison to the high schools on the list, we are confident that we would have ranked as high as always. While high rankings in published lists are always a nice affirmation of the school district’s achievements, we view them as just one of many things that make our district great. We are proud of the numerous accomplishments of our students, teachers and administrators every day and every year. 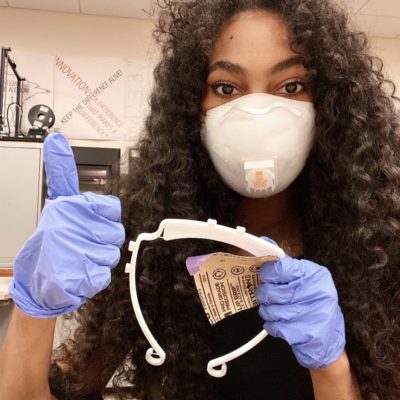