VIDEO, PHOTOS: Graduates of Tuscan Class of 1943 Return for a Visit 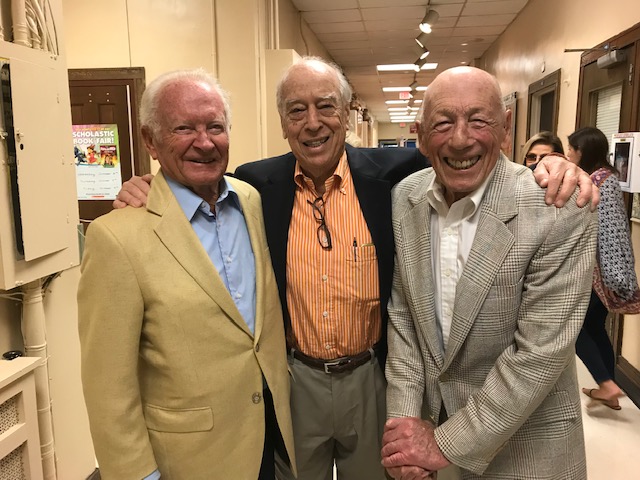 On Friday, September 27, Herb Roemmele, Joe Newman and Joe Carris who entered Tuscan as kindergarteners in 1936 stepped through the front doors once again. Best friends since second grade, they wound up in the same class from Kindergarten through sixth grades while at Tuscan and were known as “The Purple Trio.” As they walked through the halls on a tour provided by Principal Malikah Majeed and Tuscan parent, Laura Booker, they named every one of their former teachers. Upon entering their kindergarten and first grade classrooms, they recognized the rooms immediately and shared memories of time spent in each classroom. They declared that the gym hadn’t changed at all.

During their time at Tuscan there were no portables and they had fond memories of playing baseball on the vast grassy lawn, dreaming that one day they would become major league ball players. They shared stories of being at Tuscan during WWII and practicing air raid drills, hiding under desks and noticed that there was still a sign near the front door directing to a shelter. They were impressed with the new library (which wasn’t there when they were) and the technology that has been integrated into it. The fifth graders had a chance to ask them questions about what it was like at Tuscan School more than seventy-five years ago. Upon entering Mrs. Secor’s 5th grade classroom, they made the connection that they knew a Howie and a Jack Secor while growing up. Sure enough, small town Maplewood, that is her father-in-law and his father who also grew up in town.

At the end of the tour, the three of them sang the “old” Tuscan Song and left saying, “What we learned here at Tuscan is important for life. It was the basis for all our future success. We learned how to think, listen and ask questions.”

A copy of Joe Newman’s book “Memories of a Maplewood Boyhood” has been ordered for the Tuscan Library. 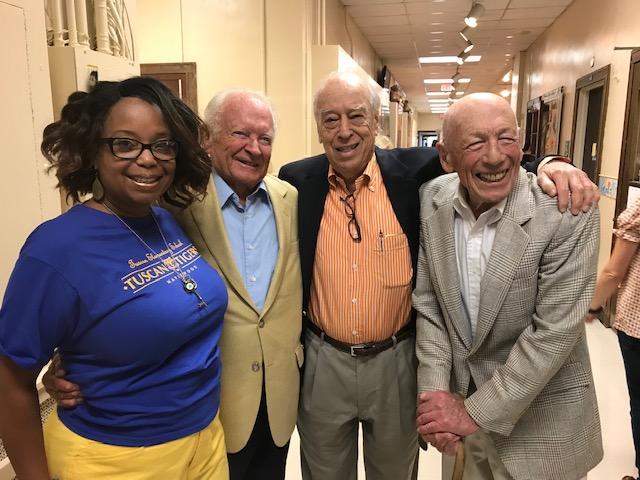 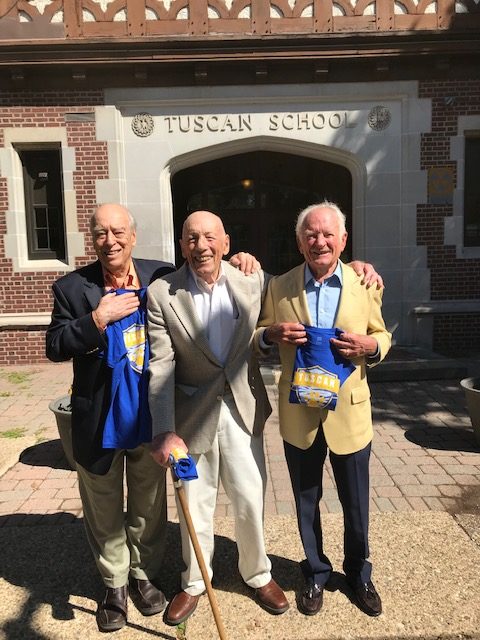