Columbia High School junior Zander Rhodes (class of 2021), has been selected to represent Team USA at the World Championship for BOTH Cadet (under 17) and Junior (under 20 yrs old) categories. The Cadet and Junior World Championships are like the Olympics but only for fencing, and this year the U.S. is the designated host. Only the top 3 and 4, respectively of each country are chosen.

Zander had a modest performance at the SR (Senior) World Cup (Olympic qualifier) in Kazan, Russia, finishing 50th and losing 9:15 to the 21st seed in the World, Fanni Kreiss (Hungary). Zander maintains her U.S. SR ranking at 9th place (top 4 to 6 are the U.S. Olympians).

She also had the honor of carrying the U.S. Flag during opening ceremonies in Kazan, Russia.

There are only two more Olympic qualifiers remaining and we wish Zander good luck in those competitions! 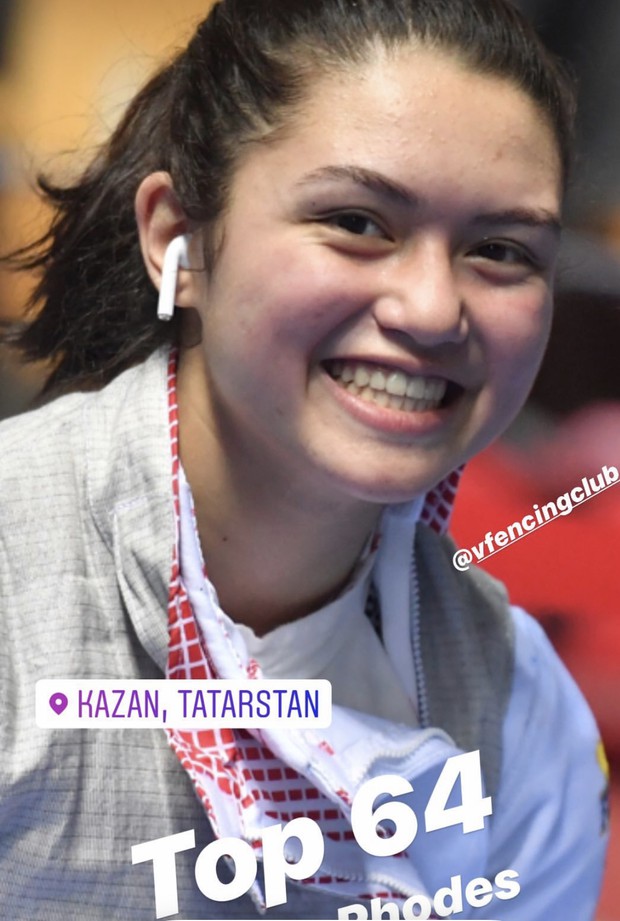