A lengthy weather delay didn’t prevent local boys youth soccer team from dominating the field to a solid 5-2 win over West Essex. Players left the field 11 minutes into the final game of the season due to thunder in the area, with game play resuming at 9:15pm. The balmy, night-time conditions added to the excitement, with spectators from both teams enthusiastically cheering from the sidelines. 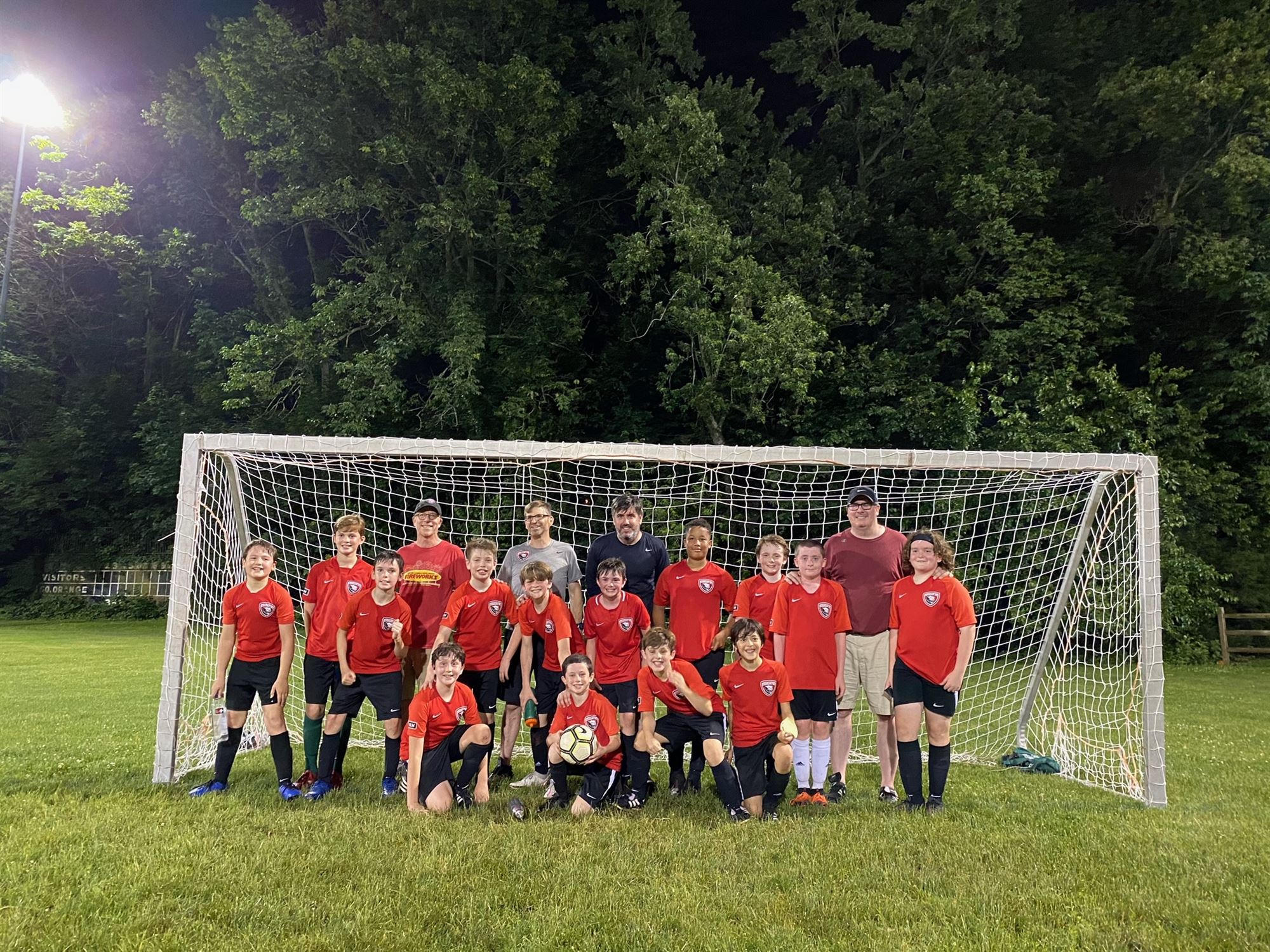 The team is coached by Philip Sheehy, Peter Molica, Charlie Hanger and Mike Henry, and trained by John Webber.  If you are interested in learning more about Cougar Soccer Club go to www.cougarsoccerclub.com.