Columbia High School (“CHS”) Girls Ultimate Frisbee Team, known as “Sparkle Motion,” achieved the best record (5 wins and 2 losses) of any team within New Jersey this year. Sparkle Motion placed second in the State Championship after losing to Watchung by one point.

CHS Senior Skylar Yarter was voted Player of the Year by the New Jersey Girls All-State Players and, along with Junior Sydney Mannion, was named to the First Team for the New Jersey All-State Ultimate Team. Seniors Molly Sandler and Melanie Spiegel were named to the Second Team. Seniors Wenona Taiping-Moccia and Anna Paul and junior Vivian Welch all received honorable mention. 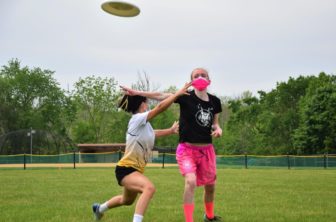 Coach Donovan Hugel said, “Sparkle Motion overcame significant obstacles this year.” The Team “only had a coach for one week the whole year,” “had to practice on a field with less than 50 yards of space when a regulation size field is 100 yards long,” and had to negotiate COVID-19 protocols without much of a support network. The girls overcame these challenges together under the leadership of their team captains. 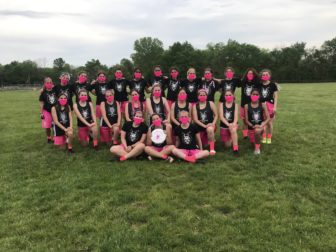