Porfido brings a special appreciation for CHS’s remarkable sports tradition through his background as a history teacher. Porfido also worked as a voice-over actor for PBS’s American Experience.

“I’m actually really honored to be here,” Porfido told the News-Record. “There is so much history at Columbia High School, as many people know, and my goal is to maintain that successful tradition that we’ve had and see if we can try to bring things into the future and continue that success and take us to an even higher level.”

Porfido has been on the job since the beginning of July. His appointment was approved by the Board of Education at its June 27, 2022 meeting. His annual approved salary is $141,335. 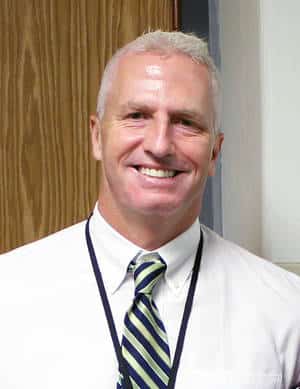 Richard is an educator and is the former Athletic Director at Livingston Public School District where he served for four years. Before that, he was the athletic director at Caldwell High School for 11 years; and also served as the athletic director at Wayne Hills in Passaic County for 2 years. He holds a Master’s Degree in Educational Leadership, and an Advanced National Coaching Diploma for soccer from the National Soccer Coaches Association of America.  He also has extensive coaching experience:

Interesting Fact:  Richard started as a history teacher because of his background as a voice-over actor on PBS series American Experience. American Experience is a television show that premieres re-enactments with commentary by historians and authors to present an absorbing look at the personalities, events, and resources that have had profound impact on the shaping of America’s past and present.