From South Mountain Fusion and the South Orange Department of Recreation:

Like the re-openings on Broadway, joy and excitement burst into the  lives of players and parents when the South Mountain Fusion U14 Girls  Soccer Team faced competition from Belleville and Mountainside this month. These were the first two games against other towns (albeit scrimmages) for the team since the fall of 2019. 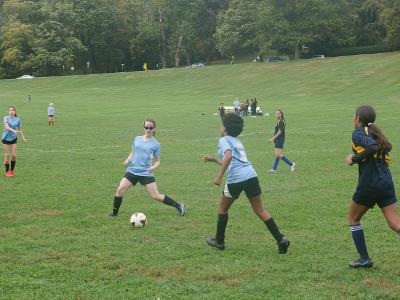 Great ball movement by the Fusion

Perseverance and love of the game of soccer have kept these teammates together despite the COVID lockdown, being held out of  their former league, the Inter-County Youth Soccer League (ICYSL) in  fall 2020 and spring 2021, and the collapse of the ICYSL in August  2021. The team discovered a new league had formed, the Suburban Youth Soccer League (SYSL), but learned about it too late to join for fall  2021. Instead, the Fusion looked for teams who were willing to play  them this season in a friendly match. South Mountain is applying to join  the SYSL for the spring 2022 season.

For over a year, the girls have been practicing and playing intra-squad  games as they’ve learned about good sportsmanship and how to play  the “beautiful game.” The stage was set for matches to begin!

First up came the well-coached and organized Belleville team, on  Saturday, October 9, at Floods Hill. Their skills set a high bar to match for the Fusion. But rather than wilt, the girls displayed courage, grit, and  skills of their own, to play to the short side of a 4-3 score. 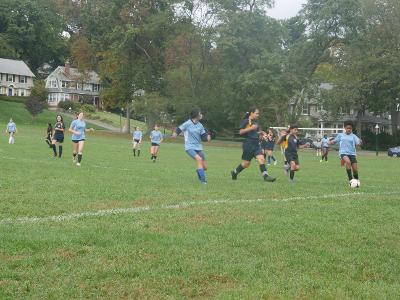 Leyu Girma pushes the ball up the sideline to Isabelle Do.

With the indomitable goalkeeping of Charlotte DuPre, two goals by  powerhouse Isabelle Archer, and a marvelous breakaway run by  Isabelle Do, the Fusion kept the game close. Excellent midfield play by  Zippy Weiss, Catherine Nolan, Nicola Suraci, and Leyu Girma was thrilling to watch as the team put together pass after pass. On defense,  Phoebe McDougall and Isabel Dupre took some hard hits, but proved  difficult to get past. South Mountain eagerly awaits a rematch with a  classy Belleville squad on their home pitch.

The next day, a newly energized Fusion met Mountainside on Meadowland Field. Playing 8v8 to accommodate a shorthanded  Mountainside squad, the Fusion again competed with a talented team— both skilled and motivated. Defense was the name of this game as the  stalwarts, Molly Graham, Naomi Abrams, and Schuyler Newman  repelled advance after advance by the Mountainside attack. Sydney Davis ran stride for stride with Mountainside’s electric forward, Fiona  Murphy, in an on-field rivalry that, alone, was worth the price of  admission! Sadie Howell, Riley Johnson, and Francie Christensen  helped to keep Mountainside off-balance with their never-give-up spirit. 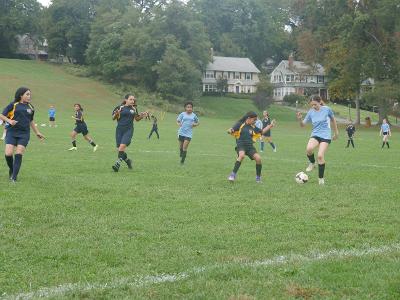 Nearing the end of the match, with the sparkling goal keeping of  Charlotte Dupre and another two goals by the relentless Isabelle Archer, the Fusion were only down by one. But on the bench Coco Fox cried,  “put me in coach—I want to score!” and with that determination, she re entered the game with minutes left on the clock. A mere 45 seconds  short of the final whistle, Coco smashed a volley past the Mountainside  keeper, tying the game at 3-3! 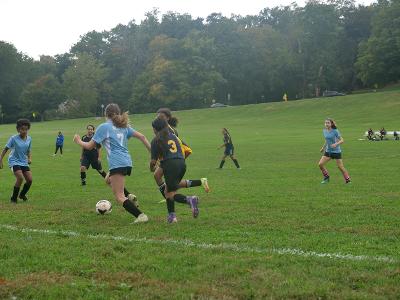 South Mountain Fusion is deeply grateful to the girls and coaches of  Belleville and Mountainside for their consideration in scheduling what were extra games for them. Nothing takes the place of playing actual games and the experience was invaluable to the team. They are also  appreciative of each other for sticking together through this pandemic, and making the best of a trying situation.

The Fusion looks forward to being the first of many teams drawn from South Orange and Maplewood to join the SYSL. Interested players and  parents should look for the team sign-ups this winter for the spring 2022  season.