With crowds that rivaled the biggest games of the football season, and a cool breeze pushing away the lingering clouds from the afternoon storms, the energy off-field was as high as on. Students and families cheered on the teams on both sides of the field. 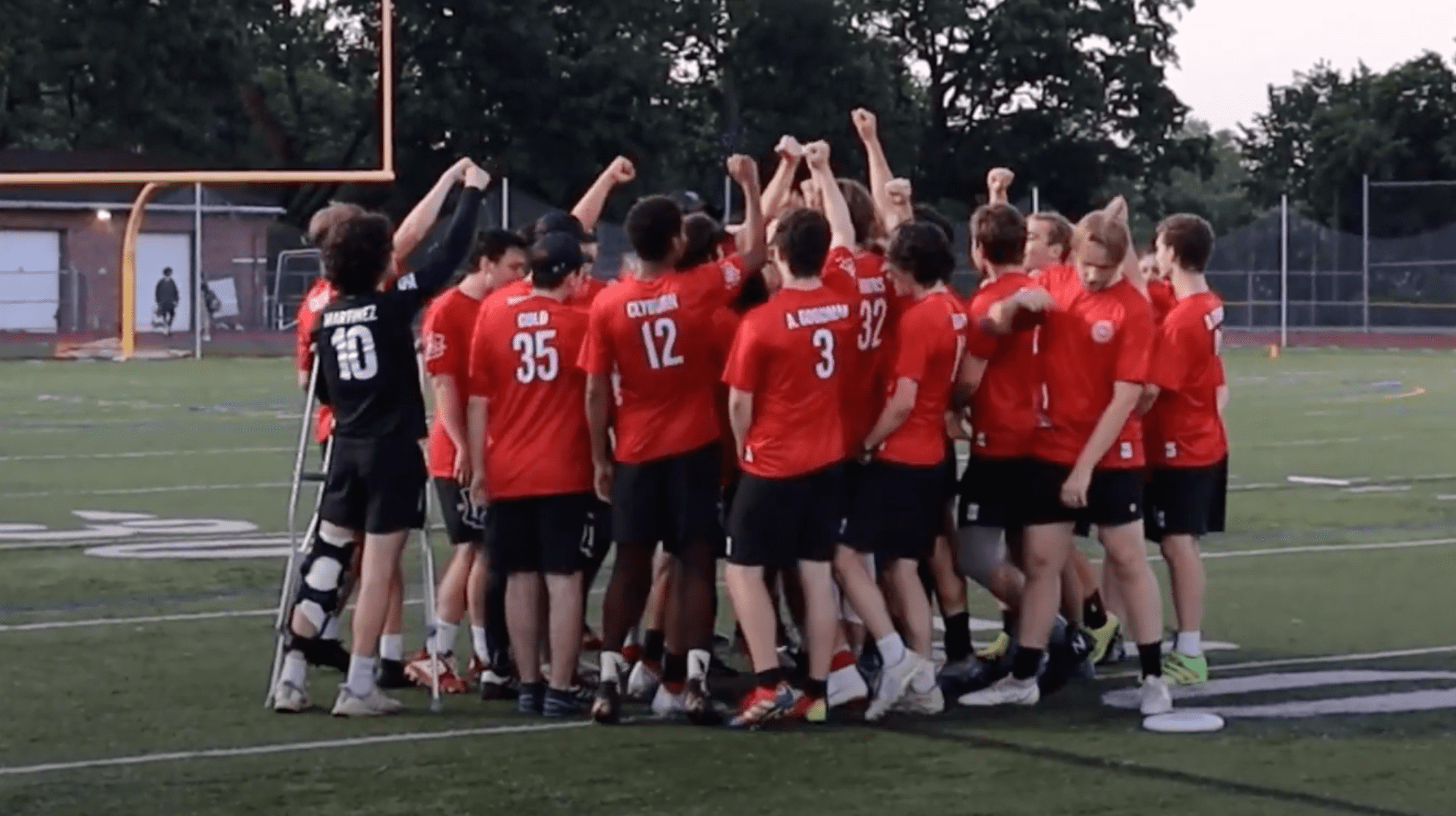 The crowd’s chants of “I believe that we will win” were particularly energizing to the crowd. For the players, the nonstop roar of fans was a factor in the play. Traditionally, players receive sideline coaching from the coach and their teammates during play, but in last night’s game they had to scream to one another even on the field just to be heard.

Principal Frank Sanchez was there, and made sure the Columbia stands were festooned with towers of red, black, and white balloons repurposed from the CHS Hall of Fame event earlier that day, where former CHSVFT player Marques Brownlee was inducted. 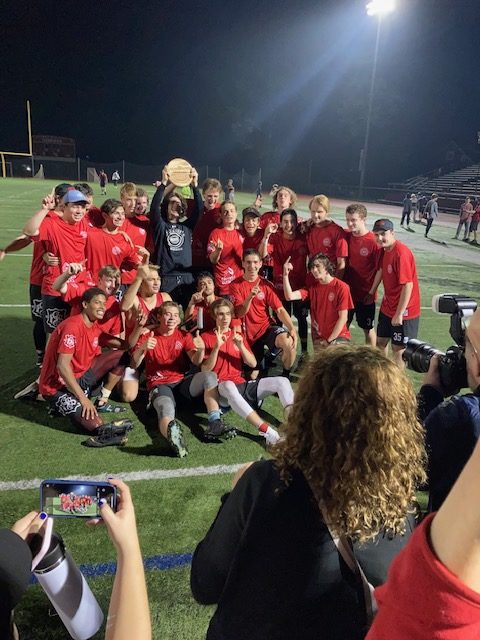 “It was great to see our students capture the state championship after putting in so much effort all year,” Sanchez said. “Plus, it was just awesome to see so many community members and students at Underhill supporting the team! I am sure they will remember this incredible come-from-behind win for the rest of their lives.”

From the start, Westfield showed a vigor that they’d not displayed in earlier matches this season, where Columbia bested them 10-8, and 13-9. On Friday night, Westfield’s team scored twice early, and had Columbia on its heels in the early minutes of the game partly due to the stellar play of Westfield’s Eric Palia (#13).

By the half, Columbia was down 7-4, a discouraging gap in a game that caps at 13 points. According to team co-captain and handler Dexter Clyburn, Coach Emilio “Mio” Panasci‘s halftime speech was succinct. “He told us to find the switch and flip it on.”

They did, but Westfield continued to push that door shut. Columbia battled back to tie it at 7-7 and 9-9, but Westfield repeatedly answered, taking leads of 11-9 and 12-11 before CHS tied the game at 12–12. With time up, the play moves into what is essentially sudden death, called “universe point” in Ultimate: The next team to score wins the game.

Clyburn just missed on a layout dive on defense, allowing Westfield to throw a deep huck for the win, but the receiver caught it out of bounds and possession returned to CHS. After a time out and a tense pause in play where coaches held a healthy midfield debate over who was rightly in control of the disc, it was decided that the home team had possession.

Clyburn threw deep and low to co-captain and cutter Sam Harris for the win, 13–12. Their teammates rushed the field, with their classmates right behind them, pouring down from the stands.

Throughout the season, team co-captain and cutter Jordan Bacharach has scored pivotal points with gravity-defying catches and a second gear that routinely left his opponents in the dust. His “beast mode” was on particular display Friday night, but for a far more dramatic reason. Early in the game, he landed badly on his right ankle, aggravating a twist he’d endured earlier in the week. He played through the pain, limping off the field at the night’s end. He later learned he was playing on a hairline fracture, and will walk across the commencement stage on crutches.

After this pandemic year, where Columbia’s students missed out on even the most banal of teenage experiences, it felt particularly exhilarating to sit shoulder-to-shoulder in the stands and cheer their classmates on to a stunning win. Combined with the return to the halls of Columbia, the outdoor performance of Matilda next weekend, prom, and a full commencement program in late June, the CHS NJ Ultimate State Championship is part of what is shaping up to be a wonderful finish to one of the strangest school years on record.

For a video compilation of some of the game highlights, click here.