The Township of South Orange Village will host a public presentation of a proposed 100-unit, mixed-use development at Fourth and Valley streets on Monday, September 19 at 8 p.m. at The Baird Community Center.

“I can’t wait to show this presentation to the community,” said Village President Sheena Collum at the August 22 Board of Trustees meeting. “We’re prepared now to have the architect present to everyone.”

Collum added that the meeting was open to everyone in the community and that the developer would be seeking feedback. In a followup email to Village Green, Collum said that the Township was drafting a flyer promoting the event and that it would be available to the community shortly.

The September 19 meeting will not be the community’s first opportunity to provide feedback on the proposed 4th & Valley development.

The developer, Meridia Capodagli Property, has been working with the South Orange Development Committee and the Academy Heights Neighborhood Association for months, last meeting on August 11.

Collum was effusive about the proposal which includes 100 apartments (90 market rate, 10 affordable), an offsite contribution for affordable housing, 123 parking spaces (“We’re still working on that,” said Collum), and live/work space on the base floor.

The 100 apartments should be “a mix of studios up to two bedrooms,” said Collum, adding that the apartment “mix is still being vetted out.”

However, the “best part” of the proposal, said Collum, is the 10,000 square feet of commercial space included in the project.

She also noted that the developer is planning amenities including a rooftop area. “It’s a green roof,” Collum pointed out to Trustee Walter Clarke, liaison to the environmental committee.

In March, Collum and the Township walked away from negotiations with Meridia when the developer proposed a 330-unit project at the site. However, Meridia came back with the new substantially reduced proposal in April and has been working with the town and neighbors ever since.

Collum also announced that the South Orange Development Committee will see preliminary designs for the mixed-use Lustbader project at South Orange Avenue and Vose Avenue at its September 8 meeting.

Collum said she was “very excited about the direction of this [Lustbader] project,” which is “preliminarily” proposed to be 130 apartment units, with 130 tenant parking spaces and 75 public parking spaces. Collum stressed that this project was “not set in stone” and was “unlike 4th & Valley where we have brought those numbers down.” Collum said that the September 8 meeting should take place at the Village’s municipal offices at 76 South Orange Avenue but could change “if we anticipate a large turnout.”

Collum: Fourth and Valley Negotiations Are Back On 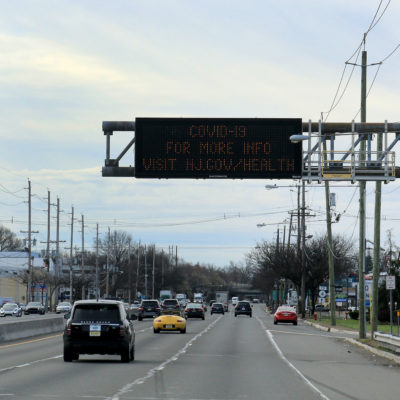