A Bright Future for Irvington Avenue 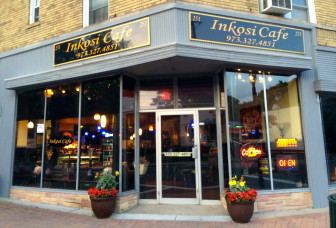 Inkosi’s Cafe at 251 Irvington Avenue has made significant investments to the interior and exterior.

South Orange village has been giving added attention to Irvington Avenue of late, clearly seeing potential in what has traditionally been an overlooked retail corridor.

“From what I’m told, this has been attempted more than once,” said IACAC Chair and local resident Doug Zacker, regarding a renaissance for Irvington Avenue. “I think for the first time, we have all of the needed ingredients.”

The current spate of work can be traced back at least to last fall, when South Orange village partnered with the Market Research Center at Seton Hall University to collect feedback from more than 700 residents, business and property owners, customers, and members of the Seton Hall community.

“The work we’re doing now, including the redevelopment studies, is a reflection of what the community told us they wanted to see,” said Trustee Sheena Collum.

Since the committee was appointed, it has formed four working groups in beautification, events, marketing & branding, and a business alliance group which is looking to form a merchants association for the avenue. 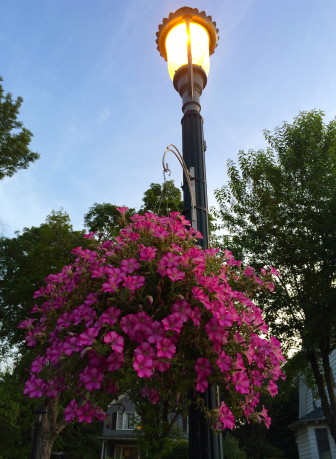 This was the first year Irvington Avenue received baskets throughout the corridor. The baskets were installed by DPW and are maintained by a contractor, paid for by the village.

But it gets “even better” says Collum; the working groups bring in dozens more residents and business owners.

“The positive response and participation from the community is the best evidence that we are on the right track toward doing something that has been needed for a long time,” added Zacker.

IACAC covers all of Irvington Avenue in South Orange, from Prospect to the Newark border.

The village recently awarded a $3,500 branding contract at the recommendation of the IACAC’s marketing & branding committee to ITO Inc. — the same group working with the South Orange Village Center Alliance.

“The Marketing and Branding Committee under Michael Baldwin is working to create a new and distinct business district based on a survey put out a couple months ago,” said Collum. “The new brand will be used for promotional materials as well as flags on the gas lamp, kiosks, trashcans and benches.”

And soon IACAC will be launching a website to keep the community posted on all the activities of the committee, including meeting minutes, planning resources, and events. The site is scheduled to debut later this summer.

The village has also partnered with Maplewood and Newark in submitting a federal Transportation Alternatives Program grant for pedestrian and bicycling improvements for Irvington Avenue.“South Orange has been working with our sister towns in thinking more comprehensively about transportation along the entire Irvington Avenue stretch.”  Collum continued, “A few weeks ago, leaders from all our towns met and did a bus tour with various State agencies that provide funding and resources.  This has been a wonderful partnership and I really thank Together North Jersey for pulling us all together — coordination is key”

In addition, on July 1, the Maplewood Township Committee voted to prepare an ordinance to remove the 4-6 p.m. parking restrictions on Irvington Avenue in Maplewood to make it easier for businesses that don’t have a dedicated lot to attract customers. Because Irvington Avenue is a county road, the County of Essex will need to approve the change; county leaders have indicated that they will do so.

On Monday night, June 23, the South Orange Village Trustees voted to authorize the Planning Board to investigate whether eight parcels of land along Irvington Avenue should be designated as “areas in need of redevelopment.”

Such a designation would allow the properties to be eligible for tax abatements and other incentives. 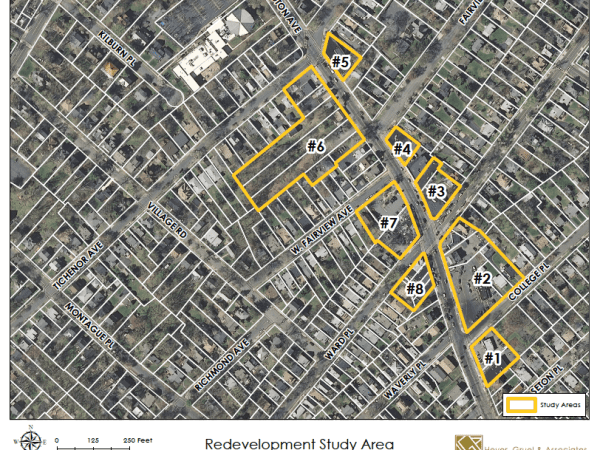 Irvington Avenue parcels to be studied for rehabilitation/redevelopment

In response to concerns that residents not be displaced by a potential redevelopment project, Collum says that the village is performing outreach as the redevelopment studies for Irvington Avenue go forward.

“We have already started walking the block to all the affected properties to explain to residents and owners.” The village is also sending out a “layman’s version” of the study package and will hold public forums for residents and property owners to ask questions about what the studies and any potential redevelopment would mean for the corridor.

Collum stressed that the designation is being sought in order to access the incentives that are available.

“What we want to do ultimately is to protect the district, protect the investment in properties.” Collum noted that the zoning on Irvington Avenue currently is a “mish mosh. We’re trying to get some level of zoning consistency. We are also updating our master plan.” 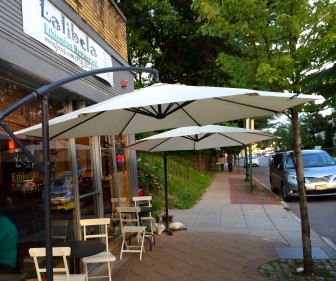 “It’s amazing some of the businesses that are there,” said Collum, who noted that Blue Plate Special owner Laura Nichols is a member of IACAC and is looking for new space to expand on Irvington Avenue. Also on the avenue: Guantico’s, Lalibela, Munchies, Inkosi’s Cafe, Campus Subs, El Greco, and more. Inkosi’s Cafe, Collum noted, has made significant investments to its interior and exterior, providing outside dining and free wifi.

Collum, a Seton Hall grad herself, notes that the SHU community provides a ready-made audience for Irvington Avenue’s food businesses.

“We have a great partner in Seton Hall University. This business district is closest to the university. We have an audience of 10,000 people. It’s untapped potential.” Collum noted that because Seton Hall is so close, the University community can walk to the corridor and “you are not looking at adding a large volume of vehicular traffic with parking demands. We don’t need a huge volume of cars nor can we support it.”

But it’s not all food. Recently, 2 Great Kids, formerly Other Mothers, celebrated its grand re-opening on Irvington Avenue. 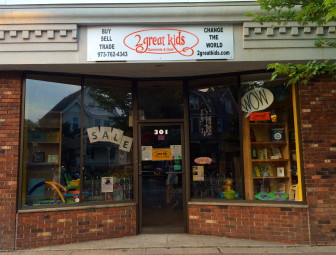 “I’ve been doing business on Irvington Avenue for 10 years,” said Clarke McCarthy, local resident and owner of 2 Great Kids, “and it’s great to see the village and the community get behind a new direction for the Avenue.” McCarthy added,”I am so happy that this underutilized resource is finally being recognized and supported.  Irvington Avenue is a diamond in the rough — it has all the makings of a rockin’ little business district, and now we finally have the energy and commitment from the town to make this happen!”