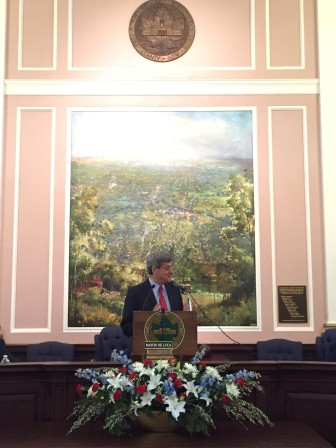 It’s not your regular Township Committee meeting: No ordinances or resolutions will be discussed or voted upon. It’s more of a mitzvah, with the new Committee person(s) being sworn in and the appointment of Mayor and Deputy Mayor being made official.

This year, only one seat on the Township Committee was up for election. Frank McGehee won that seat. McGehee will take the oath of office and make some remarks. Vic DeLuca, who will be serving as Mayor for the 12th year, will give his annual “State of the Township” address. Nancy Adams will also be taking the podium in her second year as Deputy Mayor.

The meeting is open to the community. We recommend it to all residents. It’s a great moment to enjoy civic life.