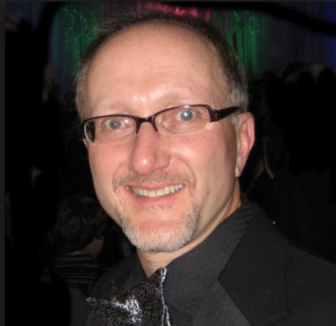 On June 22, the South Orange Village Board of Trustees voted to appoint Jeff DuBowy to fill the Trustee seat vacated by Sheena Collum upon her election to Village President.

DuBowy will fill the position through the end of its term — May 2017 (read more about the appointment and procedure here). DuBowy was sworn in without ceremony on June 29 in order to participate in two special meetings deciding the fate of Village Hall (to be sold and developed as a restaurant).

DuBowy also once ran for the South Orange Village Board of Trustees in 2005. His bid was unsuccessful, but he was praised for running a clean campaign.

Village Green caught up with DuBowy late in June for a brief interview. DuBowy addressed the major issues that he feels South Orange is facing and how his expertise can help.

Regarding Village Hall (we spoke to DuBowy before its fate was decided), DuBowy said that he would help on the financial side of considerations, looking at the feasibility of the various proposals. He noted that the Village Trustees would be taking a holistic look at all municipal properties — many of which are in need of significant renovation — and could be looking at “combining facilities or expanding one to accommodate a dual purpose.”

DuBowy said that he agreed with newly elected Village President Sheena Collum that coordinating and collaborating with the South Orange-Maplewood School District is a priority. Noting that “57% of our taxes go to the school board,” DuBowy said, “Regardless of the PILOTs [tax incentives granted to developers] and any other issues, I think the governing body should work closely with the school board … because we are in the same community and it can only benefit the community.” DuBowy noted that he had worked on the campaigns and supported the candidacy of several Board of Education members, including Mark Gleason (now retired from the board), Wayne Eastman, Madhu Pai, Jeff Bennett and Donna Smith. In addition, DuBowy’s three children have gone through the district, with one still at Columbia High School.

“I believe in public education,” said DuBowy, who added that he would “like to explore that dialogue” of potentially making PILOT money available to the district.

Regarding the amount of development underway and the PILOTs granted in town in recent years, DuBowy said, “There has to be some sort of balance. I come from a business perspective. It has to make financial sense and you have to consider a lot of factors. If developments are setting off traffic issues and creating quality of life issues, that creates problems and that has be weighed. Current market conditions have to be considered when you are giving out incentives.”

DuBowy said he was also interested in continuing to expand shared services between South Orange and neighboring towns — particularly Maplewood. DuBowy noted that he worked in 2006 with former Maplewood Mayor Fred Profeta to form a consolidation study commission. South Orange voters approved creating the commission, but the initiative failed in Maplewood.

“That is a financial issue,” said DuBowy. With 565 municipalities in New Jersey, he said there is “a lot of duplication of departments and services. We need to look at the long term.” DuBowy said that consolidation of the two towns is “something that should always be on the table” since the towns are contiguous and share a school district. DuBowy noted that, together, the population of Maplewood and South Orange roughly equals that of Montclair. “There are synergies there.”

Overall, DuBowy said, “I’m interested in the quality of life for the residents of this community.” DuBowy said that good recreational facilities were important to him, and he credited the work of the South Orange Public Works Department: “You know after a snow storm when you leave South Orange.” DuBowy also said that “public safety is huge. People want to know they can walk in the street without robbery or speeding down streets.” DuBowy said that these concerns were “not unique just to our community” but must “be addressed and looked at. Residents bring these concerns and you have to look at these things and see if you can make changes, improve conditions.”

DuBowy’s parking expertise may be his biggest asset in coming years. “Parking is going to be a major issue with what’s going on,” said DuBowy, who noted that, in the last 15 years, the community has grown and that a lot more people are now taking the train from South Orange. However, DuBowy noted, “Parking is a good problem to have” since it means that “people are coming to your town and it’s a destination.”

“Hopefully we’ll be able address that,” said DuBowy. “When I was on the Parking Authority, we created numerous public private parking initiatives [the Mews, Our Lady of Sorrows]. Sometimes you need to think out of the box.”

Meanwhile, DuBowy said that South Orangers should remember to take a step back from time to time and appreciate their community. “When I talk to people outside of the community and tell them I’m from South Orange, they go, ‘Oh, what a great community! I eat there all the time. What a great place.’ We are the only ones complaining. Sometimes we are a little too close and lack the appreciation. But it’s good to have that because it keeps people sharp. I don’t shun criticism. I listen to it and hopefully it can put us in a better place down the road.”