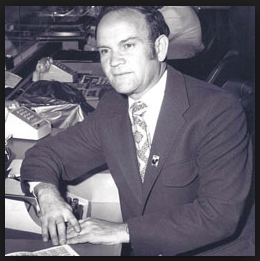 Ray Brienza, the “dean of harness racing reporters in New Jersey,” will be honored on July 30 with the installation of a print of his Communicators Hall of Fame portrait in the press box at the Meadowlands Racetrack.

The honor is being bestowed by the United States Harness Writers Association.

Brienza passed away at age 80 last fall. He lived for nearly 50 years in South Orange. Brienza was predeceased by his wife Una who died in 2002. The couple had six children and six grandchildren.

Department of Health and Animal Control’s Statement on...