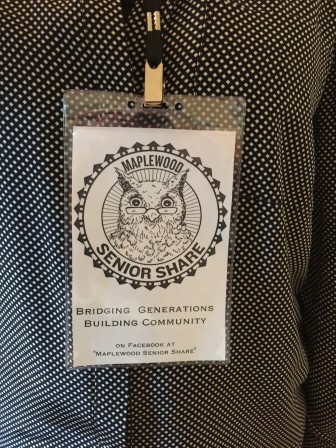 Earlier in 2016, Village Green asked if this might be the “Year of the Senior” in Maplewood and South Orange.

Senior citizen retention has become a hot topic as that population has been shrinking and replaced with more families with school-age children, putting a strain on the South Orange-Maplewood School District which continues to see increased enrollment.

A joint $35,000 grant to the towns from the Grotta Fund to explore expanded senior services is seeking to look at better ways to serve and retain seniors in the community. In South Orange, the Township has created a Senior Discount Card, hosts an annual Senior Gala, and has entered an agreement with Sage Eldercare to provide services such as adult day care, meal planning, grocery shopping, and medicare counseling.

Recently, Maplewood has been stepping up on its side of the issue through senior forums, surveys, and the work of Maplewood Senior Share, an organization created by local residents Irene Dunsavage and Kurt Kiley. Kiley reported that the Township will be forming a formal Senior Advisory committee shortly.

Dunsavage and Kiley have met with Sage Eldercare to discuss a possible joint program where Sage would provide a part-time social worker for seniors, as well as training for first responders such as the police and fire departments that gives them the insight in what to look for to recognize seniors that may be in distress. They in return would contact the social worker to follow-up proactively.

Another projects Senior Share has been working on, said Kiley, is the “Senior Canvass,” to locate seniors in town.

“This is a program that has been in the works for almost two years, and we are benefitting from the ‘App’ that Mike Summersgill has created for us that allows volunteers to use their smart phones to canvass and gather information on seniors. We are collecting contact and emergency contact information (all voluntarily) from seniors, as well as asking them questions regarding the types of services they are interested in and ways the town can better communicate with them. (Summersgill is looking to  brand the app as “Sengage.” Said Summersgill, “It’s more than an app, its a platform for connecting and delivering services to seniors in our town.”)

“This will let us know where the seniors are, how to help them in different cases of emergencies, how to contact them, and what services they need,” said Kiley, and will complement the existing work done during the Grotta Fund Grant application.

As part of the canvassing, five volunteers braved the sweltering heat wave in August to perform a pilot canvas with the app (canvassers were Mike Summersgill, Kurt Kiley, Carol Stefan, Ramona Kelly and Ken Krasner of South Orange). “Our initial contacts with seniors was a success,” said Kiley. “The seniors were happy to be engaged and the time with them was very rewarding for the canvassers. Our intention is to canvas all of Maplewood.”

“The other side of this is the Senior [Block] Buddy program that we are working on with Frank McGehee,” added Kiley. “Once we have the information regarding where the seniors are, we hope to have block by block volunteers that can periodically look in on seniors and assist them with their needs. This is especially important is cases of natural disasters or other emergencies like power outages that leave seniors shut in their home.”

McGehee explained, “Block Buddies is a program designed for our seniors. It is an effective way to keep an eye on our seniors from the block (micro) level when next of kin are not in close proximity to help ensure that not only they have resources during times of excessive heat or inclement weather, but when they are in need of basic services. Once we have completed the data collection, we can leverage it by proactively reaching out to the community at the block level respectfully with the intent to engage Maplewoodians who are interested and live on blocks where we have identified seniors who are interested in a Block Buddy.”

“The program is a pilot concept that I think has legs because it has the potential to empower the entire community,” said McGehee. “A community is stronger when we all work together, collaborating as residents coupled with our town services.”

Kiley said that the Senior Buddy program will also alleviate the sense of isolation seniors feel. “As the neighborhood changes sometimes they are left out of the changes and find it difficult to make contact with their new neighbors. We hope the senior buddies will help them remain vital part of their neighborhood.”

Notably Frank McGehee, a Democrat, and Mike Summersgill, a Republican, are running against each other to fill the Maplewood Township Committee seat being vacated by Marlon K. Brownlee. Election day is November 8.

“Overall there is a lot of exciting progress in regards to seniors,” said Kiley, himself a former candidate for Maplewood Township Committee. “I think we are reaching critical mass regarding awareness. Both current candidates for the TC, Frank and Mike, show strong support for improving services for seniors in town, and existing members are committed as well.”

Meanwhile, Mayor Vic DeLuca has been spearheading the Grotta Fund Grant program. DeLuca told Village Green that the Township had recently received draft recommendations based on the surveys, meeting and focus groups held due to the fund grant. “We’re shaping an implementation proposal to Grotta with South Orange,” said DeLuca, who added that implementation would include short-term, medium-term and long-term actions.

DeLuca said that the two towns will be looking for a second year of funding from Grotta, possibly in the range of $50-60,000 too to more planning.

Part of the planning involves looking to work with other levels of government. For example, “Essex County Division of Senior Services and we want to make sure we have an understandng of what they offer and how to avail ourselves of their offerings,” said DeLuca.

To volunteer with the Senior Canvass or be a Senior Block Buddy, contact Dunsavage or Kiley at: khkiley@hotmail.com or irenecdun@gmail.com.