TEDx Debuts at Maplewood Library with ‘Depression in Africa: Why Should We Care?’

The Village Green May 28, 2015
0 FacebookTwitterPinterestEmail 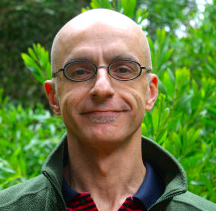 We’ve all watched those TED (Technology, Entertainment and Design) talks on YouTube, with big names from Bill Gates to Monica Lewinsky covering topics ranging from innovation to cyber-bullying to education to environment to you-name-it. The “short, powerful” speeches — usually 18-minutes-or-less in length — have become a global phenomenon.

Now a version of TED is coming to Maplewood Library in the guise of TEDx — TEDx was created in the spirit of TED’s mission, “ideas worth spreading” and supports “independent organizers who want to create a TED-like event in their own community.”

On Monday, June 8, Maplewood’s own Sean Mayberry of the nonprofit StrongMinds will preview his upcoming TEDx talk —Depression in Africa: Why Should We Care? — at the Maplewood Library. Mayberry will discuss the depression epidemic in Africa, show the human toll of this disease and explain why the international community does not prioritize this important public health issue.

Mayberry will also explain new and cost-effective approaches to treating depression in Africa that can begin to turn the tide against this epidemic. These approaches may also be effective for use by more affluent societies battling their own depression epidemics, such as the United States.

Mayberry is the Founder and Executive Director of StrongMinds, a non-profit that provides access to mental health services for impoverished Africans. He has 20 years of global management experience in the government, private and non-profit sectors and lived and worked in the developing world for more than a decade.