From the Maplewood Leaflet. Editor’s note: Alves-Viveiros replaces Cesar Correa, who left in August to take a promotion out of state. 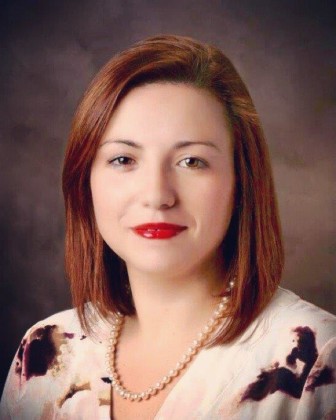 A new Assistant Township Administrator has arrived in Maplewood. Sonia Alves-Viveiros has been appointed to the position as of September 26th. She comes with experience from two municipalities, the City of Summit and Bernards Township. Throughout her 6-year career she has worked in both Administration and the Clerk’s office. She also graduated in 2010 from Seton Hall University with a Master’s in Public Administration.

Her interest in the local public sector started during her studies as an undergraduate at Seton Hall University as a Political Science major. After graduation from the prestigious MPA program at Seton Hall, soon thereafter, an internship was being offered through Millburn Township to work with the Administrator’s office where she gained an abundance of knowledge about all of the components that go into managing a municipality. Later on she went to work in Bernards Township and looked up to the municipality as a great leader in the public sector.

She is eager about coming to Maplewood Township with the knowledge and education she has gained throughout the last six years. Delivering and maintaining great customer service will be key in her new journey.

“Working in local government has always been a passion and interest of mine,” says Alves-Viveiros. “I find working in Administration to be a key role in any municipality. You are responsible to make things work regardless of the challenges that may come and that’s what I intend to do.”

She looks forward to providing outstanding service to both the Township and its residents.