OPINION: Seton Hall Housing — What Is the Plan?

Michael Parlapiano is a 21-year resident of South Orange. He is also a member of the South Orange Zoning Board of Adjustment; however, his opinions here are his own and do not represent the ZBA. 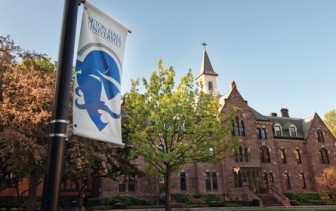 Seton Hall faces a significant undergraduate housing shortage. The University has been admitting more students every year, especially more out of area students who require housing, without first growing their available dorm space to meet that need. On top of the current housing shortage —­ they had to rent 87 dorm rooms from Rutgers Newark last year to handle the overflow —­ they want to continue to grow and to evolve into more of a residential undergraduate school. They have to find significantly more dormitory space to support their ambitions.

The University Zone, the only zone in South Orange where dormitories are a permitted use, is nearly fully developed. Seton Hall used one of the last available building sites on campus for a 500 car parking deck last year. With no room on campus and rising enrollment, their housing problem has spilled into the rest of South Orange. Seton Hall has bought two apartment buildings in town  — Turrell Manor on Turrell Avenue and Ora Manor on Valley Street —­ converted them into fully furnished off campus apartment style living, and rented them on a per bed per semester basis to upper class students. And without enough University provided space, groups of students have rented houses in the surrounding neighborhoods, with all of the issues one would expect when mixing an unsupervised mini-­dorm into a single family residential neighborhood.

The South Orange Board of Trustees has decided to embrace Seton Hall’s growth and is now actively working with the University and private developers to build more undergraduate housing off campus —­ this time in the central business district. They are not calling it a dormitory, but the discussions are about units built specifically as student housing and leased to the University who then would furnish and manage the space, and sub­lease it to students on a per bed per semester basis.

These discussions are premature and should be suspended until we have much more information. First, we need to know the full extent of Seton Hall’s housing shortage today, how this shortage is impacted by future growth plans, and how they plan to address the entire shortfall. Simply to house the 87 students who were in Rutgers dorms last year and assuming the incoming class is at least as large as last year’s would require two more buildings the size of Turrell Manor ­— and that would not cover future growth in enrollment or address the shortage of dorm space for upperclass students. We need a comprehensive housing plan and understand how another isolated residence hall in another part of South Orange fits into that overall plan.

Beyond Seton Hall’s housing requirements, we need to come to a consensus about whether undergraduate dormitories —­ whether in name or in fact ­ are a good fit with other parts of South Orange. Finally, we need to agree on the best use of the limited development space in our downtown and consider the relative benefit to the Village of other possible uses of the sites that would otherwise be used for undergraduate housing. In the absence of this, encouraging the development of yet another off­-campus dormitory is short-­sighted and a mistake.

I understand that Seton Hall has a pressing problem and that a decision by the Village to study the issue further will be a disappointment, but the University has a number of other options they can be pursuing during this time.

First, they could decide to simply admit fewer students and pursue a future as a more highly selective university. Second, they could pursue new dorm space acrossIvy Hill Park in Newark. Seton Hall already uses the park for some sports programs, and housing on the Newark side of the park would be consistent with the large apartment buildings there now and be contiguous with the campus. Finally, they could reexamine how they use space on their campus to make room for more dormitories. Their recent decision to move the medical school from South Orange to Nutley will free up space while giving that program room to grow; there may be other opportunities to move programs or functions off the main campus. As part of this review they could look at ways to reduce cars on campus both through greater financial incentives to use mass transit and off campus satellite parking lots, which might allow them to build new dorms on one or more of the existing surface parking lots on campus that are no longer needed.

Independent of the outcome of the South Orange planning process, Seton Hall must understand that there are limits to how much the University can grow in South Orange. Limits do not mean no growth but they do mean smart growth ­— growth for the University that also preserves and enhances the character of South Orange. That kind of growth is possible.

Smart growth for Seton Hall can include moving some functions off campus, but this must be done in a way that is consistent with South Orange zoning. The most obvious step would be to move support services and office functions into downtown office space already zoned for office use and to return buildings they have purchased in the residential zones around the University to private hands and to residential uses consistent with the zoning.

Having Seton Hall office and support functions in downtown office space would increase daytime activity in the commercial district and bring new revenue to businesses. It would spur property owners to renovate space to meet the University’s needs and may even spur new office development. It would encourage staff to use mass transit and walk to restaurants and other services, and draw students downtown when they need to visit those offices. Downtown is only eight or nine blocks from the main gate of Seton Hall, and is already serviced by the Seton Hall shuttle bus.

Seton Hall and South Orange have an opportunity to demonstrate that with coordinated long term planning we can move from haphazard sprawl to smart growth that enables both the University and the Village to thrive.