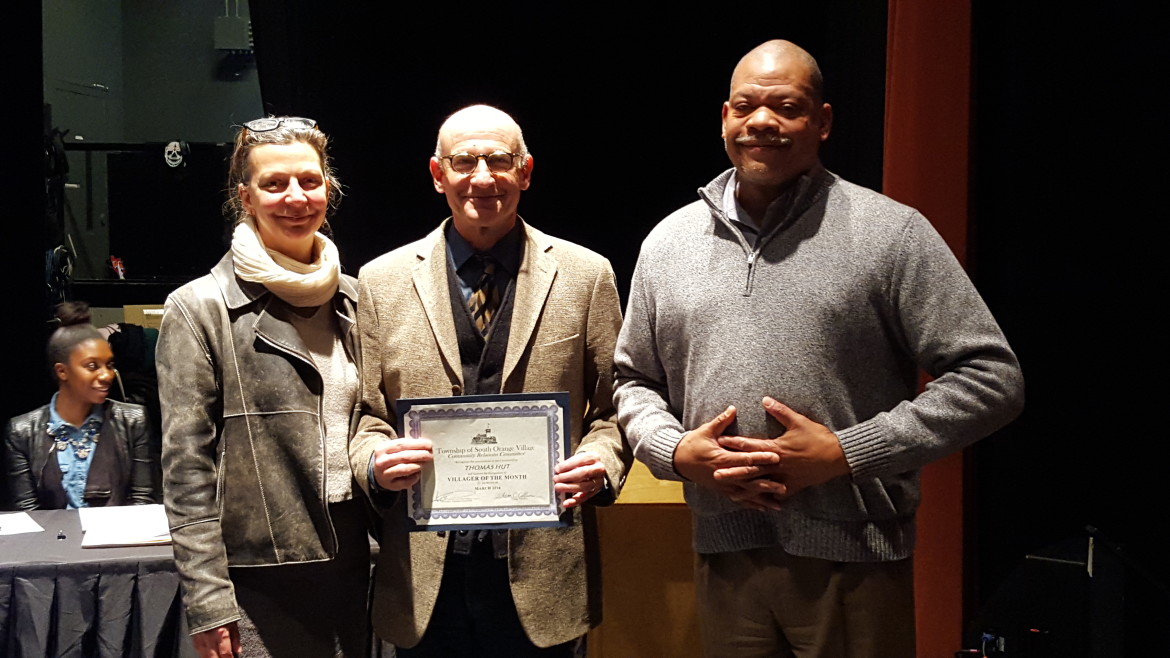 When Thomas Hut volunteered to design an entryway to the South Orange Public Library back in 2003, he had no idea what he was getting himself into.

During his tenure as chair, Hut oversaw approval of the Third and Valley development, a new grocery store (now Ashley Marketplace) and Above Restaurant on Vose Avenue, the Gateway development, and a soon-to-come mixed use development at Church Street and South Orange Avenue.

Last night, Hut was honored for his past work and continuing volunteerism (he now serves on the Township’s development committee) as Villager of the Month at the South Orange Board of Trustees meeting.

According to an article in South Orange Village’s newsletter The Gaslight:

For Tom, it was 20 hours a month devoted to the Planning Board and simultaneously to Main Street South Orange, where his volunteerism actually began.

“Tom transitioned to chair at a time when there were many new planning board members as well as many new projects,” Village Trustee Mark Rosner told Gaslight. “He showed the utmost professionalism in chairing the board through that period. He was always fair and always allowed everyone their say, whether board members or members of the public.”

Said Hut,“There were a lot of key developments under my watch and I’m proud of that. I really do think the Village has handled its growth in a responsible way. South Orange is a great community. Great things have been accomplished and there’s more to be done. I’ve enjoyed helping.”