Chief Kyle Kroll to Retire After 33 Years of Service with the South Orange Police Dept.

“Serving as the South Orange Chief of Police has been the experience of a lifetime. I am grateful to the Village President and Trustees for putting their faith in me, to my fellow officers for their dedication and support, and to the community of South Orange for the opportunity to serve in a place that will always be home to me,” stated Kroll. 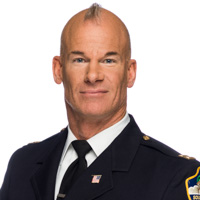 An SOPD veteran, Kroll rose through the ranks and was appointed Chief in 2016 after serving as Captain for 13 years.

Kroll is credited with many achievements during his tenure as Chief including a 28% reduction in crime. Other key accomplishments include:

Most recently, Kroll has been a strong advocate in the newly established Community Care and Justice program – a partnership with both Essex County and Seton Hall University which seeks to reimagine traditional models of law enforcement by putting a greater emphasis on wellness and crisis prevention while embedding care and compassion service values into all facets of police operational strategies and enhancing training for de-escalation and implicit bias.

“Chief Kroll’s contributions to the community cannot be overstated. His commitment to his officers and the citizens he proudly serves was evident in every decision he made. Most importantly, the Chief has been an empathetic and compassionate leader – always listening to what the community expects out of law enforcement,” said Village President Sheena Collum. “I’d like to extend my personal gratitude for his partnership and leadership. On behalf of the entire Board of Trustees and the Village Administration, we congratulate Chief Kroll on a lifetime of service and wish him all the best in his future endeavors.”

Additionally, Collum announced that effective May 1st, Captain Stephen Dolinac will assume the responsibilities of Acting Chief and the process for selecting Kroll’s permanent replacement will be shared with the public in the near future.