“I first met Augie in elementary school in second grade in Clinton School where we were Cub Scouts,” said Dr. Qawi Telesford, a current member of the South Orange-Maplewood Board of Education and a Class of 2000 graduate of Columbia High School along with Schroeder. “He was the first kid I knew that lived abroad, spending some years living in China. But if you asked him he always said, ‘I’m from Ohio.'”

Telesford said his most vivid memories of Schroeder were as a fellow cub scout in Troop 3, meeting in the basement of Prospect Presbyterian Church “working on merit badges,” going on camping trips, and “learning what it is to be a scout.” It was a beginning of a life filled with service and sacrifice. 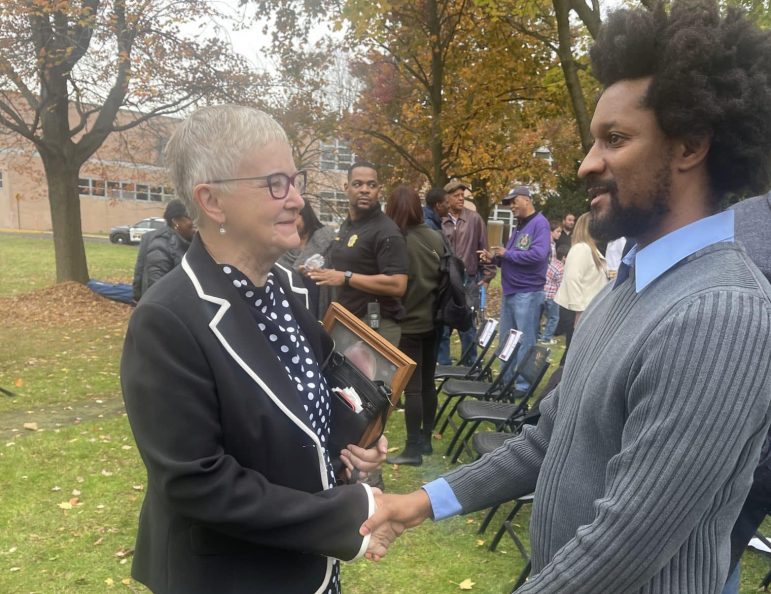 Schroeder’s mother, Rosemary Palmer, herself a member of the South Orange-Maplewood BOE who later ran for U.S. Congress in Ohio, told those gathered today that Schroeder “was always one for the team. It didn’t matter what that team was.” From scouts to church to Pop Warner football to swimming, “he was always part of a team, until at the end, he chose the biggest, baddest team he could find, which was the Marine Corps.”

Schroeder, 23, was one of 14 Marines killed when a roadside bomb exploded their amphibious assault vehicle near the Syrian border in 2005.

Service was also clearly a hallmark of the Kelley family, with Major Dwayne M. Kelley leading a distinguished career of public service with both the New Jersey State Police and the U.S. Army.

Kelley, 48, was killed in action during his tour of military duty from an explosion in Sadr City, Iraq in 2008, leaving behind his wife, daughter, stepdaughter and a large extended family.

“When I think of Dwayne, I think of father, I think of brother, I think of son, and I most of all think of him as a great person because he was a humanitarian. Dwayne never met a stranger. Everyone he met was a friend and became family. Anyone Dwayne came in contact with the first thing he asked: ‘What is it can I do to help you?'” said Kelley’s widow, Manita Seabrooks-Kelley. 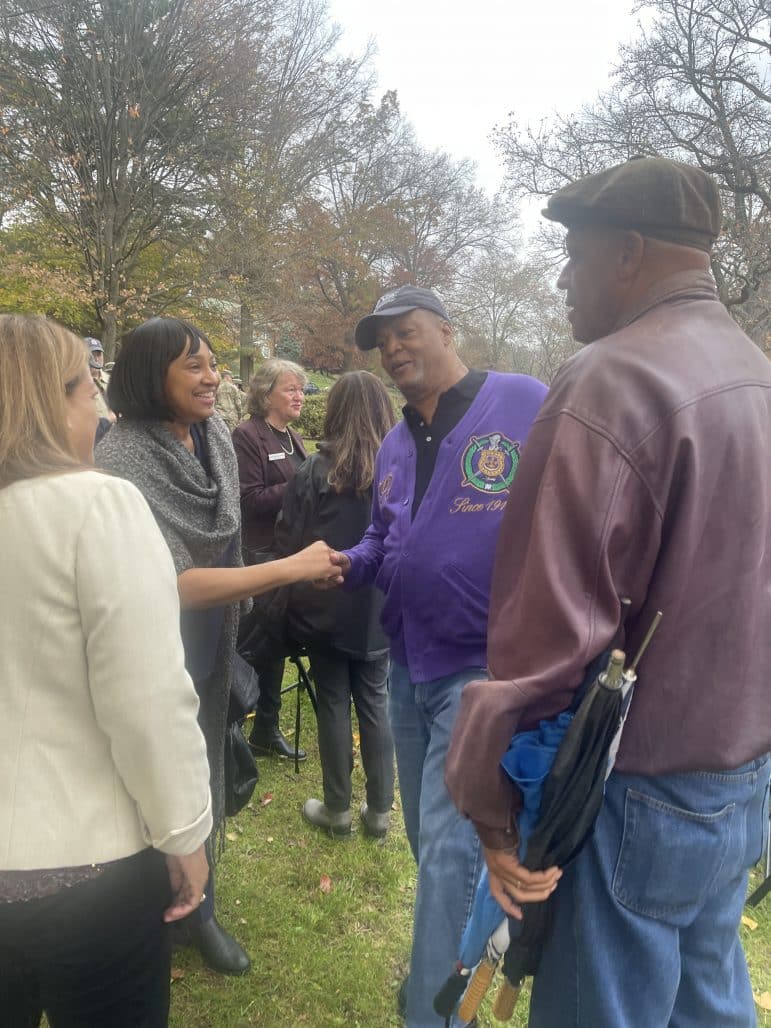 “It takes a village and I”d like to take this opportunity to thank South Orange Village for your kindness, your love and your concern of community, but most of all for keeping Dwayne and all these memories alive,” said Seabrooks-Kelley.

In leading off the ceremony, former South Orange Trustee and Vietnam War veteran Ed Matthews said his daughter asked him why it had taken so long to recognize Kelly and Schroeder with a plaque.

Although the township had wanted to wait until the end of the conflicts in Iraq and Afghanistan before creating the memorial, Matthews explained, Kelley and Schroeder had never been forgotten by South Orange.

“I responded that we have recognized them every year since their death. I think it is important for the Kelley and the Schroeder families and their friends to know that we have not forgotten Dwayne and Augie and their sacrifice, and we do remember them every Memorial Day. On those occasions, one of the scouts who is present here today reads their names out in public, so we all hear their names and remember them.”

Matthews also quoted General Douglas MacArthur, “The soldier, above all other men, is required to practice the greatest act of religious training: sacrifice.”

Matthews grew emotional as he finished the quote, “However horrible the incidents of war may be, the solider who is called upon to offer and give his life for his country is the noblest development of mankind.”