This year, the Rent Party Garden will produce 2,000 lbs. of produce for food pantries in the South Orange and Maplewood community. 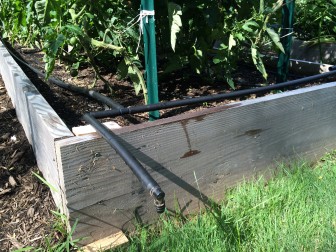 Dickson explained that each Saturday from June through October, volunteers are harvesting produce, weighing it (the poundage is important for grant applications) and delivering it across the street to the Our Lady of Sorrows food pantry or down the road to the St. Joseph’s food pantry. 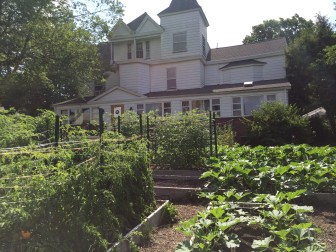 Dickson said that “community” is a big part of the Rent Party Garden which is in its second year of management by volunteer Kerry Miller. Jespy House volunteers help to water the garden, local groups like Boy Scout Troop 60 help to harvest, and CB Cares from Coldwell Banker built additional beds for the garden last year. 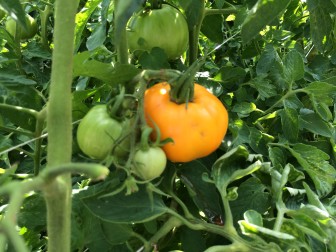 Also last season, Tracy Woods and the Maplewood Green Team generously donated a drip irrigation system at the Elks location after holding a how-to demo at the site.