South Orange native Chris Slevin has made it from Montague Place to Pennsylvania Avenue. 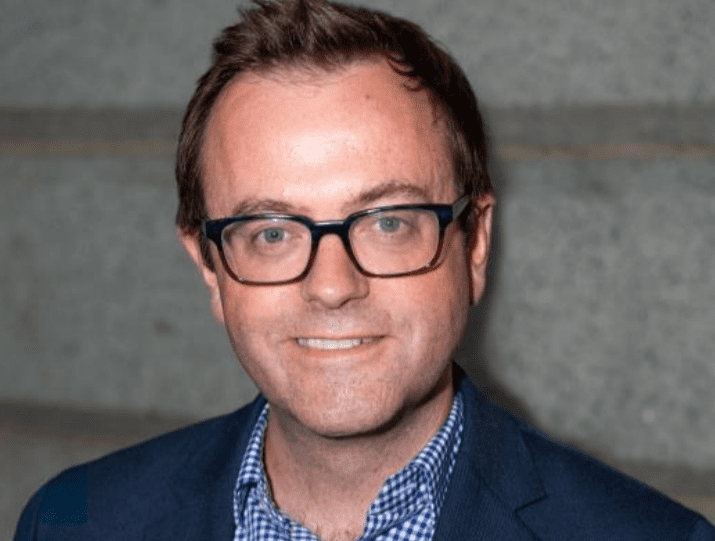 It’s been a long journey from his days of school at Our Lady of Sorrows, SOMS and Seton Hall Prep. And Slevin’s roots go back further: “My mom grew up in South Orange too — Betty Maloney.” After graduating from Villanova, Slevin even came back to town to work for Worrall Newspapers, the publisher of the News-Record of Maplewood and South Orange.

From there, Slevin went on to serve as the public information officer for the Township of West Orange, according to newjerseyglobe.com. He also served on Assemblyman John McKeon’s legislative staff; worked as a deputy director at Public Citizen, the national consumer advocacy organization; spent seven years working for U.S. Senator Sherrod Brown of Ohio; and was U.S. Senator Cory Booker’s legislative director from 2014 to 2018.

With Booker, Slevin was part of the effort to establish the Gateway program, a multibillion project with Amtrak, NJ Transit, and the Port Authority of NY/NJ to replace the Portal Bridge and add new rail tunnels beneath the Hudson River. The project, previously cancelled by former Gov. Chris Christie, stalled again under the Trump Administration.

According to his transition bio, Slevin served as vice president of the Economic Innovation Group, a research and advocacy organization focused on geographic inequality prior to accepting his position in the Biden/Harris Administration.

On his days in South Orange, Slevin reports, “Our neighbors growing up – nurses, police officers, public works engineers, teachers like my parents – they all worked hard and embodied a sense of community and pride in the village and its quirks. You could also work and live in the town which seems harder to do these days. People love the place for good reason.”

As much as his past shaped him, Slevin has his eyes on the future in a transformative Biden/Harris Administration: “It’s been a hard time for the country and the stakes are pretty clear. I think Democrats in the primary, and the country in November, got it right in picking the president-elect. He’s smart and he cares and he’ll fight for what’s important so I’m excited to be part of a great team he’s assembled and get to work.”