A group of South Orange’s leading volunteers and professional staff braved 32 degree weather on November 18 to gather outside the iconic Skate House in South Orange’s Meadowland Park to witness the birth of a new non-profit dedicated to re-envisioning the 30 acre jewel in the heart of South Orange: the Meadowland Park Conservancy (MPC). Amid a glowing fire pit and propane heaters and under a brilliantly clear sky, MPC co founders Matt Glass, Linda Beck and Neil Chambers gave the masked audience a glimpse into what the MPC will do for the park and the community. 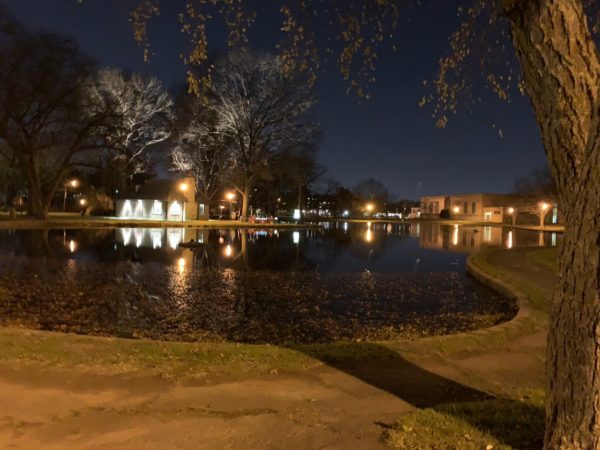 “We’re not here just to keep the park as is and make sure the lawn is cut and trash is picked up,” said Glass, the former Chair of the South Orange Village Center Alliance. “We’re here to create the finest public space in the county, the region and the state. Meadowland Park is poised to become something South Orange can be proud to call our own. We’re going to work together to make this dream space come true.”

The launch event’s guests featured a true cross section of South Orange’s leaders, including Village President Sheena Collum and members of the Board of Trustees and representatives from the South Orange Fire Department, Departments of Public Works, Health and Recreation and Cultural Affairs, and the South Orange Public Library and Environmental Commission. Also in attendance were neighbors who live adjacent to or near Meadowland Park as well as members of the MPC’s newly announced Steering Committee. 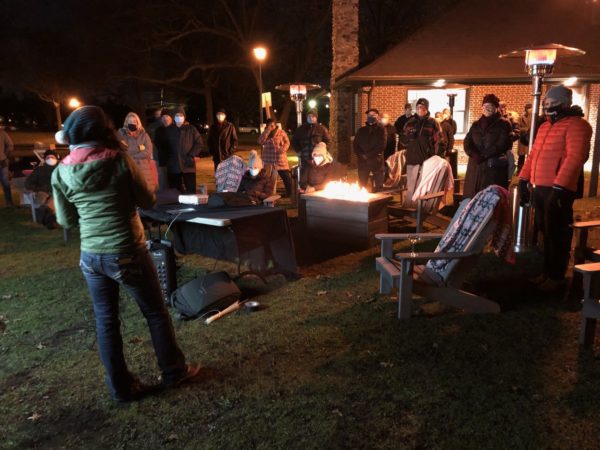 “We want this park to really feel like it belongs to everyone and for each person to feel like they have their own special little nook,” said Beck, who has been monitoring the health of the park’s pond and its inhabitants for several years and who made sure that the launch event generated little to no waste, with glassware lent by the Fox & Falcon and snacks in compostable bags made of recycled paper. “This park is already a living ecomuseum. We want everyone who visits to go away smarter, happier, and inspired to invest in their own little pieces of earth. And to enjoy the company of their community along the way.”

South Orange lighting designer Cat Starmer used fixtures donated by SOPAC to create a dramatic installation on the trees surrounding the event, which could be seen by passersby on South Ridgewood Road and Mead Streets. The MPC’s new brand, created by Rachel Zorel of South Orange’s 7 Layer Studio, was revealed for the first time and the organization’s website (meadowlandpark.org) and social channels on Instagram and Facebook were launched as well. 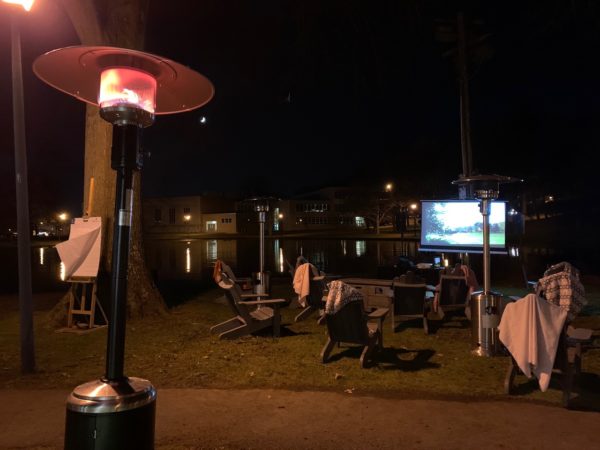 “This has been a partnership from the very beginning,” said Chambers, a landscape architect who created the rain park adjacent to the pond as well as several other environmental placemaking projects in South Orange. “We’re going to build on the great work that’s already been done in areas of the park like the river corridor and we’re going to design a park that is active year-round, environmentally healthy and welcomes people from every walk of life.” 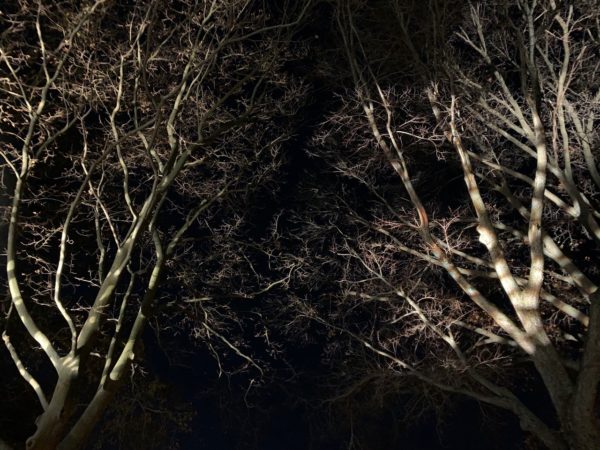 Initial MPC projects include a Winter Equinox public event on December 21, volunteer clean-ups, tours of the park and investments in structural elements like benches and lighting. Donations will be essential to the group’s success and can be made at meadowlandpark.org. If you’d like to learn more or get involved, visit the Contact Us page on meadowlandpark.org.