Board of Ed: NJ State Aid Shortchanging South Orange-Maplewood School District — And Others 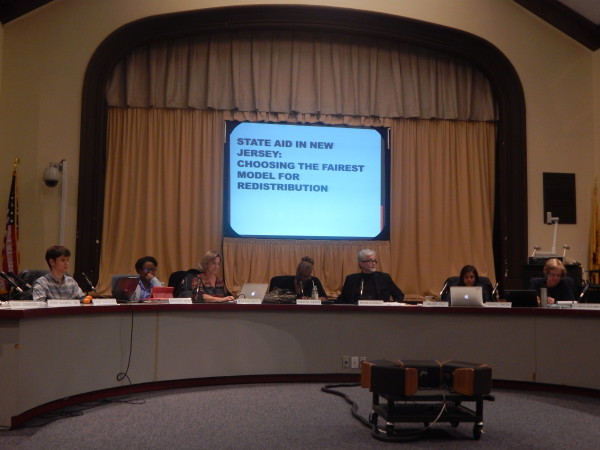 South Orange-Maplewood Board of Education member Jeff Bennett is mad as hell and he’s not going to take it anymore.

Bennett didn’t quite express himself in those terms — and his tone was never harsh, though it was impassioned — as he presented a lengthy, well-researched report on Monday night to the Board of Education on the state of State Aid to school districts in New Jersey. The presentation accompanied a resolution (passed by the Board — see below) calling on the state to reform certain aspects of its school district funding formula.

Bennett documented how inaccurate and outdated the 31 Abbott district designations — which were created in 1986 to funnel extra aid to the neediest districts — had become in the last 30 years, while also noting that the School Funding Reform Act of 2008 (or SFRA) falls far short of achieving its stated goal.

“The Abbott decision further distorts the distribution because it applied only to the Abbott districts and not equally poor non-Abbotts,” Bennett continued. “What makes things even worse is that by now the Abbott list is as obsolete as everything else made in 1986 and the 31 Abbott districts have become more and more divorced from being the 31 poorest districts in New Jersey.”

Why is this an issue for South Orange-Maplewood?

“Our lack of state aid is a major, maybe the largest factor in why our taxes are so high while our spending is average,” explained Bennett. “However, getting a fair aid distribution is even more important to working class and poor non-Abbotts whose needs are greater than ours and are horribly neglected by the State.”

Clearly, Bennett and the Board of Education, with the drafting of the resolution, see potential hope on the state level.

“I think [New Jersey Senate President] Steve Sweeney deserves a lot of credit for being the first person in the high state leadership to say that SFRA can’t be fully funded and that there are districts that get more aid than SFRA indicates that they need,” said Bennett.

South Orange-Maplewood School District Spokesperson Suzanne Turner noted that a copy of the resolution will be forwarded to Senator Richard Codey, Assemblywoman Mila Jasey and Assemblyman John McKeon, Senate President Stephen Sweeney, Assembly Speaker Vincent Prieto, the members of the governing bodies of South Orange and Maplewood, Essex County Freeholders, the Governor of the State of New Jersey, and to the New Jersey School Boards Association.

“It will also be shared with other districts in case they would like to pass similar resolutions,” said Turner.

Read to full resolution below.