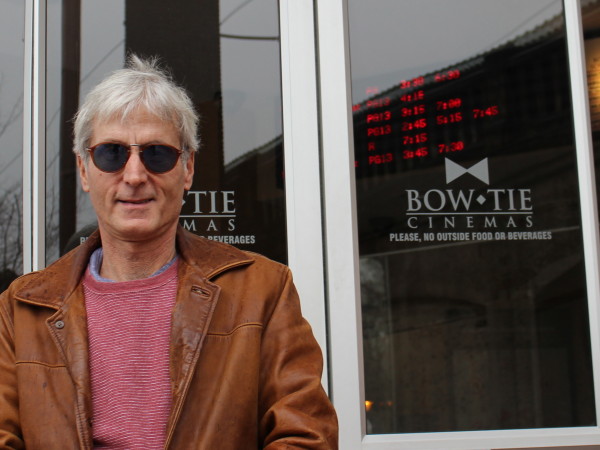 Joe Masher, President & COO of Bow Tie Cinemas and co-creator of the Reel Talk film series currently screening at the SOPAC location, recently shared some of his insights into the movie-going experience, and why programs like Reel Talk are vital and should be expanded.

The motto of Bow Tie Cinemas is “bringing style and elegance back to the movie-going experience” — something Bow Tie strives to do not only in the quality and variety of movies they show on their screens, said Masher, but also in ensuring movie-goers have “an optimal experience from the entertainment showing on the screen to the quality of the seating and the food and beverage provided.”

Bow Tie Cinemas, currently celebrating its 115th year in business, is committed not only to featuring large blockbuster movies, but also smaller movies, said Masher, with more than 100 of Bow Tie’s screens dedicated to non-mainstream films.

As part of this commitment, Bow Tie Cinemas is working with South Orange resident Andy Myers on Reel Talk, an innovative series that showcases non-mainstream films in advance of their commercial release dates at the Bow Tie Cinemas SOPAC location.

Five series selections have been shown thus far, the most recent being Sunshine Superman, an “exhilarating” documentary about base-jumping that was accompanied by Eric Bruggemann, the film’s producer, co-editor and music supervisor. The final three selections are as follows; Far from the Madding Crowd, The Seven Five and several award-winning shorts from Columbia University scheduled for Sunday, April 26, Sunday, May 3 and Sunday May 10, respectively. “Bow Tie could not have been more supportive of Reel Talk. They’ve been a great partner,” said Myers.

Masher explained that “based on the success to date, we look forward to the Reel Talk program in South Orange continuing to thrive and grow,” expanding in the future to other Bow Tie Cinemas, “although we don’t have any locations specifically in mind at this time.” New locations could include Montclair, Summit and Ridgewood and perhaps beyond New Jersey to Bow Tie Cinemas locations in New York and Connecticut.

When asked about what has changed the most in recent years about the theater-going experience, Masher thought the most significant change was in the area of technology. As he explained, “in the past twenty years and really the last ten years, the technology of movie-going has really changed. Previously, it was the projector and everything had been the same, 35 mm film projected on a screen. Really in the last ten years, we have stopped making 35 mm prints, and were forced to go to digital projectors. This provided greater flexibility, and the ability to accommodate people better, because if Furious 7 is selling out, we can add another screen. It’s right there on the server. Before, with actual film, you were limited on what you could do.”

In addition to digital technology making it easier to adapt film showings to suit audience interests, it also means a film that shows for an extended period of time will continue to look pristine. Masher admits, “I’m a traditionalist, so I miss film, but digital has far superior picture quality and you can see after twelve weeks, it still looks pristine, since digital has none of the risks that film carries with it. No scratches or other imperfections. Birdman looked the same ten weeks in as it did the first night.”

Despite these changes, Masher stresses one thing as stayed the same: “theaters have added brighter picture quality, better sound, recliner seating, food and beverage service, and alcohol and full bars at some theaters. But throughout it all, the one thing that remains the same is the shared common experience of going to the theater, and that is one thing that is not going to change.”