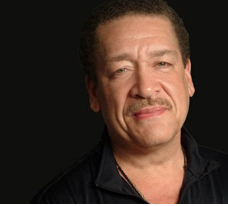 Updated July 23, 2014: 3:27 p.m. We have just gotten word that tonight’s free Concert in the Park at Flood’s Hill in South Orange, featuring John Lee & Friends,  will bemoved indoors to South Orange Performing Arts Center due to impending bad weather. The doors will open at 7:15 p.m. and the concert will begin at 7:30 p.m.

Renowned jazz bassist and composer John Lee will perform with his band, John Lee & Friends, at Flood’s Hill in South Orange on Wednesday at 7:30 p.m. This is the penultimate concert in the summer’s free Concerts in the Park series.

Here’s a description of the band from the Baird Center:

Bassist, composer, educator and producer, John Lee is the co-founder of Jazz Legacy Productions and also serves as the executive director of the Dizzy Gillespie All-Stars and All-Stars Big Band with whom he performs regularly. A resident of South Orange, NJ, John has played in the bands of Sonny Rollins, Max Roach, McCoy Tyner, Larry Coryell, Joe Henderson, and Dizzy Gillespie.

Also this week, Montclair Art Museum’s ART TRUCK makes another appearance at the concert site from 6-8pm. Come early and the kids can make art with artist Dan Fenelon for free.

The concert series will close out on Wednesday, July 30 with Rock the Hill. All concerts are at Flood’s Hill in Meadowland Park, South Orange; in case of rain, shows move inside South Orange Performing Arts Center, One SOPAC Way, South Orange.

The 2014 Free Concerts in the Park series are presented by Village of South Orange, The Baird and South Orange Performing Arts Center.