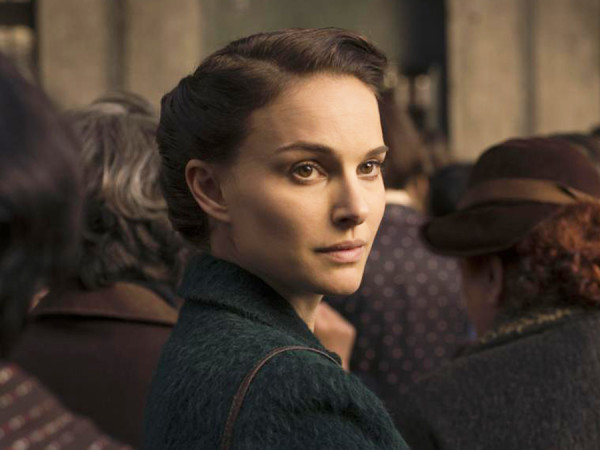 Natalie Portman in “A Tale of Love and Darkness”

This year’s festival features a lineup of comedies, dramas and documentaries exploring Jewish history and contemporary culture in Israel and around the world — a large variety of narratives showing a diversity of subjects from Israeli Cuisine to Rabin: in His Own Words to Rock in the Red Zone. The range of genres spans from romantic comedies to music, thrillers, human rights issues, Jewish identity, racism, questioning one’s own conscience, religion, living with disabilities and Holocaust. The complex and challenging subjects of these high quality films qualifies them to join the 16th Annual New Jersey Jewish Film Festival line-up.

Our award-winning premieres are followed by discussions with filmmakers, screenwriters, actors, artists and other insightful and entertaining experts, giving our audience the opportunity to consider the ultimate meaning and message of the film.

On Sundays there will be matinees ranging from In Search of Israeli Cuisine on 3/27 to Dough on 4/3 and Manpower on 4/10. Dough will be preceded by a dessert reception and resource fair for senior adults. On Wednesday, 4/6 at 12:30 pm Theodore Bikel: In the Shoes of Sholom Aleichem will be screened.

The festival opens Saturday, March 26 at 8:45pm at JCC MetroWest with the NJ premiere of How To Win Enemies from Argentina, an intriguing dramedy. The screening will be followed by the NJJFF Opening Night Dessert Reception Celebration.

On Saturday, April 9, the New Jersey premiere of A Tale of Love and Darkness made by and starring Natalie Portman will be presented at 8:45 pm.

Closing night, Sunday April 10 will feature at 7:00 pm, Rock in the Red Zone followed by a local rock band and Dessert Reception.

All films will be screened at: Maurice Levin Theater, JCC Metrowest – 760 Northfield Avenue, West Orange, unless noted otherwise, see below:

New Jersey Jewish Film Festival will present films at other venues including a Free Screening at the College of Saint Elizabeth on Monday, March 28, 7:30 pm featuring Karski & The Lords of Humanity.

Join NJJFF at Bow Tie Cinemas in South Orange, Wednesday, March 30 for Fire Birds and on Wednesday, April 6, The Kind Words, both at 7:30 pm.

NJJFF offers several film programs throughout the year, including the Reel Film Series and Extra! events. For a full schedule and more details, please visit www.jccmetrowest.org/njjff

Tickets may be purchased online at www.boxofficetickets.com/jccmetrowest. For more information, including the festival schedule, visit www.jccmetrowest.org/njjff or call the festival hotline at (973) 530-3417.