New Wave Productions, a not-for-profit film and arts organization in Essex County, New Jersey, is dedicated to the appreciation of foreign and independent films and the belief that the visual arts are a powerful educational tool for our community. Since 2011, local teacher, artist and filmmaker Gerard Amsellem has advanced the mission of New Wave through its educational arm, La Cinémathèque, at the South Orange Performing Arts Center (SOPAC) and other public venues. 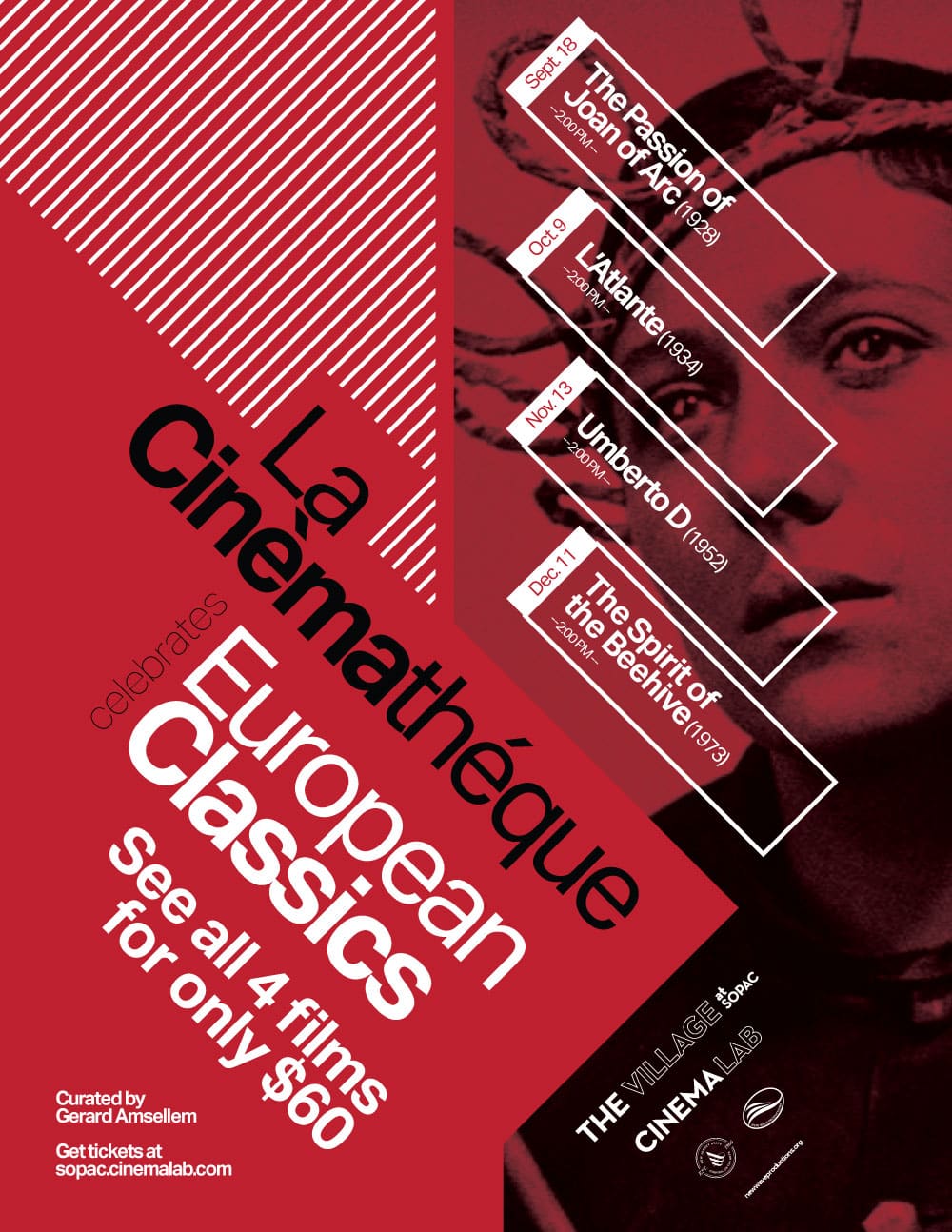 The Fall 2022 film series will be held at The Village at SOPAC. The schedule is as follows: