Jake Lefferts is a freshman at Columbia High School and a lifelong Maplewood resident and sports fan. Follow his blog: Jake Keeping Score: A kid’s take on sports and other stuff.

He’s coached for more than 30 years at Syracuse, with a winning record in every single season. He’s in the basketball Hall of Fame and has the most wins at a single school. He’s coached the U.S. National Team. He’s won a national championship.

The man I speak of paid a visit to Words in Maplewood on Tuesday night. His name is Jim Boeheim.

Coach Boeheim, 69, recently published a book, called Bleeding Orange. In this autobiography, Boeheim reflects on his life, and discusses his experiences associated with the game of basketball. 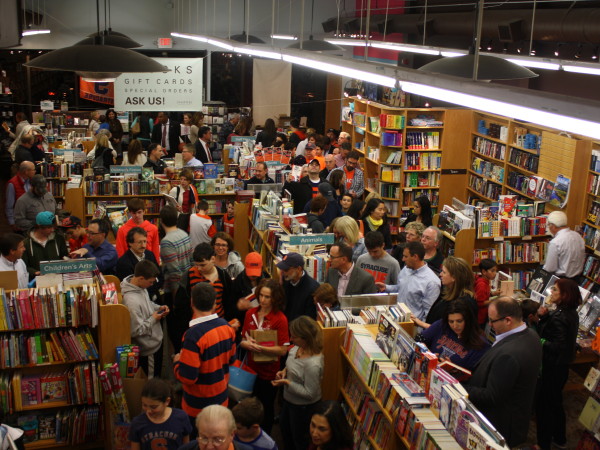 The room was packed, and most people wore their Syracuse orange apparel. At the front of the room with a microphone, Coach Boeheim started by saying that he had caught an acute case of laryngitis, and could barely talk when he woke up that morning. Nonetheless, he followed by saying what a privilege it was to be at Words. 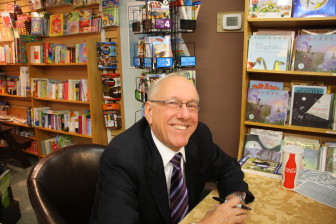 Coach Boeheim then began to talk basketball. He touched on the fact that Syracuse had lost their three best players from last year (Tyler Ennis, CJ Fair, Jerami Grant) and who he’s counting on in this season.”We’ve got a senior center, who I think will come into his own this year. Rakim Christmas, I think he’s gonna be a tremendous player,” Boeheim told the crowd.

Boeheim also discussed his new freshmen for this year. He noted that Kaleb Joseph, the successor of Tyler Ennis, is a very talented player. He also talked about Chris McCullough, their freshman forward. “The only difference between him (McCullough) and Carmelo Anthony at the same stage is 25 pounds,” Boeheim said.

Want to find out more about Boeheim’s plans for Syracuse? Read Lefferts’ full report on Boeheim’s visit to Words here.

Click on any photo below to see a gallery of photos from the event (photos courtesy of Words Maplewood):