Nearly two weeks ago, we reported that Highland Place, the steakhouse, bar and live music spot in Maplewood Village, was temporarily closed for “restructuring and retooling” and would reopen some time early last week.

Owner Chris Farrow said then he was tweaking the menu and making some changes to management. He disputed rumors that the restaurant was shutting down for good, and said it would be open and feature its usual roster of live music.

But when the restaurant remained closed last week, The Village Green reached out to Farrow again. He confirmed in a phone interview that he still plans to reopen the restaurant “soon” but was not able to specify a time frame.

As of this Wednesday afternoon, Highland Place is still closed, and Farrow has not responded to repeated attempts to contact him. 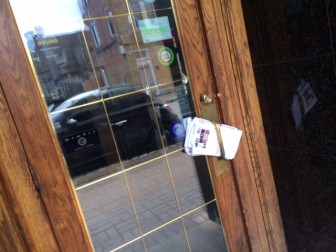 Last week, Farrow said “the plan is to reopen very shortly.” He continued, “We are working to secure the future of the business and get up and running. As soon as that happens, paying our employees will be our number one priority.”

Bands scheduled to play, including the Glenn Franke Big Band and a jazz band, had reportedly been told to find other venues. The last update on the Highland Place Facebook page was July 28.

“There need to be changes in the way the place operates,” said Farrow, who said he couldn’t be more specific at the time.

Farrow said he did a “freshening up” of the restaurant a year ago, which included new paint and a new color scheme, but he acknowledged that some people might want to see more renovation happen. He is currently consulting with people for input on menu choices and decor. “It is an ongoing process,” he said.

Farrow confirmed that he owns the liquor license.

“Highland Place has a lot to offer; there is no one else around offering the same thing,” he said, noting the large space, ample parking and live music. He said he was enthusiastic about “taking it forward.”

The Village Green reached out to the restaurant’s landlord, Max Kian, who declined to comment.