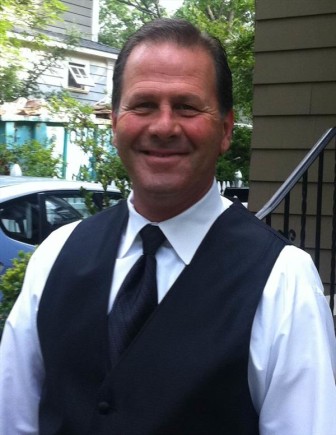 Maplewood merchant Angelo Vayas, who passed away in May.

On March 18, the Maplewood Rotary Club will be honoring the late, great Maplewoodian Angelo Vayas, while also raising money to save children around the world, at its annual Affair of the Heart dinner and dance at the Maplewood Country Club.

Vayas, longtime Maplewood resident and owner of the Village Trattoria restaurants, passed away in May 2015 after a battle with a rare form of brain cancer called Glioblastoma Multiforme. Vayas’ widow Mary is the owner of No. 165, and has continued Angelo’s legacy of community involvement along with their three sons Aris, Joe and Antonio.

Vayas will be receiving the Rotary’s Citizenship Award posthumously. In a release, the Rotary Club stated, “Angelo eagerly, and with heart-felt emotion, gave back to our communities every day and he truly exemplified Rotary’s motto of ‘Service above Self,’ Help us celebrate Angelo’s contribution to our village.” (See the Rotary’s testimonial to Angelo Vayas below.)

The Rotary Club of Maplewood has been committed to helping children around the world who are suffering from life-threatening illnesses for more than 25 years. Most recently, the Maplewood Rotary hosted Almir, a two-year-old boy from Kosovo, who received life-saving open heart surgery at Newark Beth Israel Children’s Hospital.

Proceeds from the annual Affair of the Heart dinner/dance on Friday, March 18, will support the Club’s Gift of Life Fund, with the goal of aiding more children.

From the Maplewood Rotary Club:

In Memory of Angelo Vayas

Born in Northern Greece, Angelo moved to New Jersey when he was 12 years old.

Jumping into the local pizzeria business at an early age, he worked at Maplewood’s roman Gourmet where he met his sweet love, Mary. They married in 1985, settled into Maplewood life and raised three amazing sons Aris 29, Joe 28, and Antonio 20.

In 1993, Angelo opened his first restaurant, the Village Trattoria in Maplewood. Two more followed in later years, with Trattorias in both Summit and South Orange. He worked endless hours, day and night, at the Trattorias, employing many members of the community. He created an environment to gain work experience and life lessons for young people and, acting as a mentor to many, always encouraged them to pursue their goals outside of the restaurant.

Angelo found sincere joy in giving back to his community. He coached and sponsored various recreational league baseball and basketball teams and donated meals to team dinners. Whatever way he could, whether it was helping run an event or sponsoring it, Angelo eagerly got involved. One thing was certain, he truly loved Maplewood and its people., and he made sure they knew that. If it was a family needing a meal to get by, or a new scoreboard for the high school, Angelo was there to help.

In 2013, Angelo was diagnosed with a brain tumor, but after some very aggressive treatments he was able to get back to the activities he love. Sadly, the remission was short-lived and he passed away in 2015. At Angelo’s wake and funeral there was a truly breathtaking amount of support from the community he cared for so much. He will always  be remembered in so many loving ways, but sincerely as a caring, determined and dedicated person who embodied the spirit of Rotary’s motto, “Service above Self.”