‘Maplewood Will Never be the Same’: Angelo Vayas Remembered by Community

The Village Green May 27, 2015
0 FacebookTwitterPinterestEmail 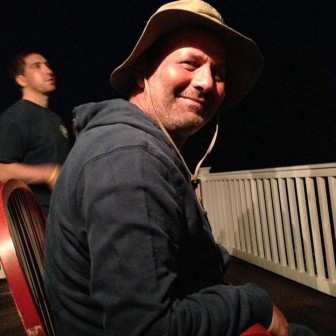 The death on Sunday of longtime Maplewood resident and business owner Angelo Vayas left many locals reeling. The owner of the Village Trattoria restaurants, Vayas was not only a greatly admired merchant but also a cherished member of the Maplewood and South Orange community.

Vayas will be remembered in a memorial service Thursday at Morrow Memorial Church in Maplewood. In addition to his wife, Mary, he is survived by his sons Aris, Joseph, and Antonio. In lieu of flowers, the family is requesting donations to The Caroline Fund.

“Maplewood will never be the same,” said Claire Sinclair in an email. Sinclair said she remembered Vayas from when she used to go to Roman Gourmet, where he worked before opening The Village Trattoria.

“He was always making the ‘little girls’ smile and feel like they were so grown up,” she said. “Even when I ‘grew up’ he took the time to talk to me, to everyone actually, and as I had my own children he did the same thing. They adored him too. When Angelo spoke to you, you knew that he really cared about you and about what you had to say. He was a great man and will truly be missed.”

Vayas was known for his big smile and his even bigger heart. He and Mary were frequently the first to offer to donate food or their time to help those in the community who needed it. He would give pizza-making demonstrations to local preschools, advise new business owners and gave many local teens their first real job.

“I can’t think of ever hearing an instance when some community group went to him and he didn’t help out in some manner…and he got asked a lot more than most…he left a legacy that will last much longer,” wrote Hank Zona in a post on Maplewood Online.

Vayas’ obituary read, “Sharing was how Angelo lived his life, whether it was a meal for a family in need, his time, a kind word, or his heart, he was a giver…Maplewood was his home and nothing gave him more pleasure than to give back to the community.”

After his diagnosis, the couple worked tirelessly to raise money and awareness for brain cancer research, appearing on the Dr. Oz show in December of 2014 to announce the “Shine a Light” Challenge.

“The word ‘generosity’ seems to really sum Angelo up well,” said Ben Salmon, owner of Kitchen a la Mode in South Orange. “He was generous of spirit, mind, kindness and he was especially generous of love and devotion to those he loved. He was constantly donating to local groups and he did everything he could to help give others business and offer advice, if asked…He never broadcast it and was extraordinarily humble if you pointed it out, but you knew that if someone was in need in any way, Angelo would be the first one there.”

Many local merchants posted on Facebook and other social media about their memories of Vayas. Here are some of those remembrances.

When I was starting the work of opening The Cupcake Corral Angelo offered his help “in any way he could” from advice to checking out the former Marty’s Pizzeria space with me for viable equipment to discussing just the basics of how to run a business. There was never an instance when we saw each other that he didn’t ask how things were going once I was up and running. He was one of the first to come in on opening day as well. His good luck $20 still hangs on the wall. He always seemed to love what he did and certainly built himself a great life. I’ll miss his smile and good nature. I know he’d dismiss the notion but in some small way he helped me to get where I am today with my own business.

My first true retail sale came 6 years ago when Mary Marano Vayas put my Easter cookies on the front table at No. 165, then gave me her sidewalk sale table to sell cupcakes and julie-o’s. Then she sat me down with Angelo, and I wrote down every single thing he told me. (I had a lot to learn, so I took a LOT of notes.) When he walked into the bakery for a cup of coffee with that smile on his face, all was right with the world. I couldn’t be more grateful for his guidance, or sadder to say goodbye.

Angelo was a Maplewood resident, long standing member of the MVA board, local business owner and above all an active, engaged and generous community member who was loved by all.

For me, Angelo was a source of laughter, simplicity, reality, and he was a very good coach during my four years of temporary insanity as the owner of Freeman’s. His coaching usually started with, what the f—-, but always ended with amazing lessons about life, family, and owning a local business…I believe people like Angelo never stop influencing the world. He left us with so many lessons and laughs, and that amazing local community experience we call the Trott.

When we opened Village Wine Shop in 1996 Angelo was our welcoming committee. He told us what a great place Maplewood is and that the people are great. He was our cheerleader during the early days when it was tough. You’re on the sunny side of the street he would tell us. He was ever the optimist. The glass was always half full. When anyone needed help Mary and Angelo always stepped up with no fanfare. He became a part of my day to day life. He was always there when I needed to talk. He was our dear friend and we will miss him always.