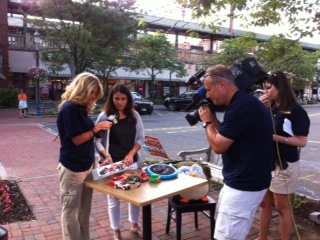 Links to all of the videos are here:

The crew sampled salmon at Ricalton’s, according to owner Stony Johnson, as well as the chicken sandwich at his namesake restaurant, Stony’s. The crowd viewed dancers from the Center Stage Performing Arts Studio, saw Sparkhouse’s favorite summer toys, and watched Ben Salmon demonstrate garlic slicing techniques at Kitchen a la Mode.  In between all those stops, the crew took footage of downtown, including Downtown after Sundown musicians and a group of South Orange – Maplewood Adult School summer program counselors, known as “yellow shirts.”

Segments aired the same evening, so a crowd at Stony’s watched a feature on Ricalton’s live.

News 12 NJ does a weekly spotlight on a New Jersey town.  According to Salmon, News 12 came to South Orange after a number of residents emailed the producers to invite them to come.  “It’s very exciting,” said Salmon. 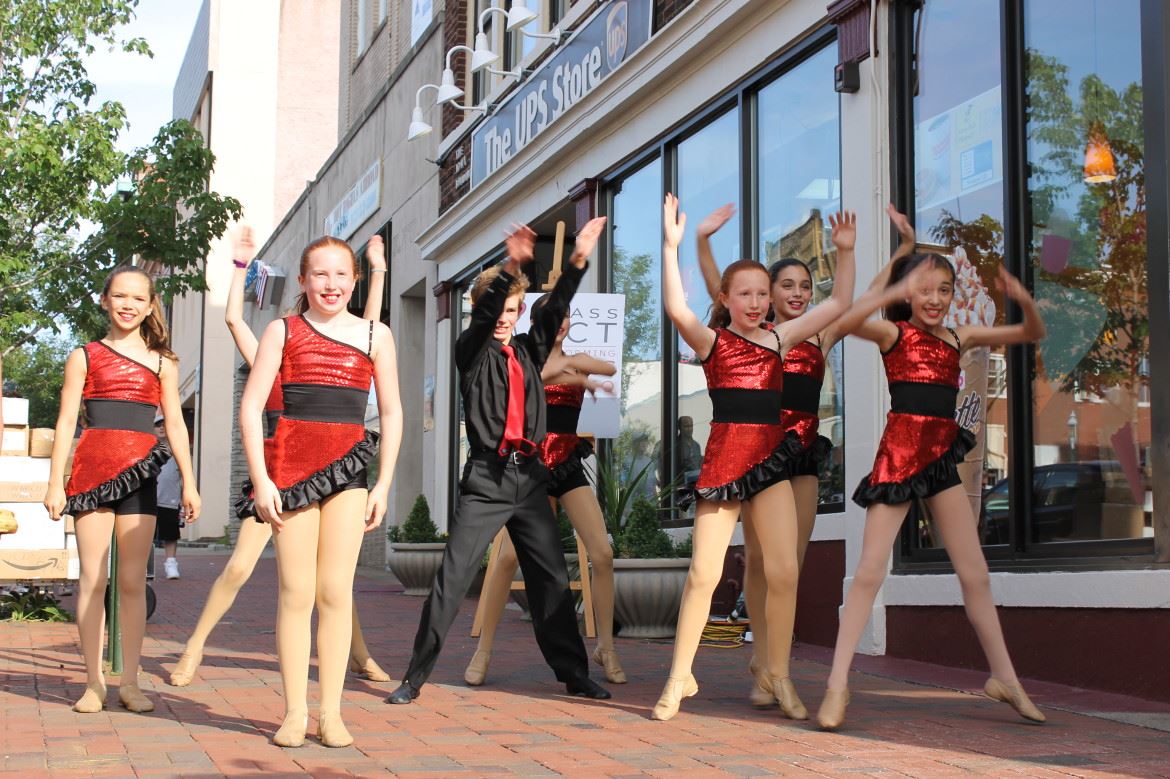